NOTE: Here is an adaptation of a white paper I prepared for a colloquium of academics, theologians, and practitioners in Dallas on July 22, 2009, to discuss the case for solving the men problem and setting out some practical next steps for the Christian church to consider.

The “men problem” has been well documented. You can hear about it on Oprah, read about it in Time, and watch the destruction it creates on Dr. Phil.

Because of the men problem, social services are overwhelmed, divorce courts are at capacity, and our culture is in crisis.

The men problem is among the most pervasive social, economic, political, and spiritual problems of all time. As a result of men are prone to get caught up in the rat race, lead unexamined lives, and become cultural rather than biblical Christians.

The collateral damage is staggering. For example, of the 72,000,000 children in America under the age of eighteen, 33% will go to bed tonight in a home without a biological father.

Men have become one of our largest neglected people groups. No man fails on purpose, but for most men their capabilities do not equal their intentions.

Even among men who have not yet become statistics, they often don’t fully understand, and so can’t apply, what God has to say about a man’s identity, purpose, relationships, marriage, sex, fathering, work, money, ministry, time, emotions, integrity, and dozens of other subjects.

Many of these men are barely hanging on. Psychographically, they are tired. They often have a lingering feeling something isn’t quite right about their lives. Often their lives are coming unglued. And it is common for them to feel like nobody really cares.

Even in the church men are being left behind. For this reason, we should be equally concerned about men who have not yet become statistics.

Based on the actual allocation of intellectual and financial resources, men’s discipleship is not a major priority in any denomination.

The Christian church has failed to muster the will or strategy to address the men problem. A majority of churches are not making disciples in general, and have no intentional plan to disciple men in particular. Why is that?

Many churches believe they have “tried men’s ministry,” and it doesn’t work for them. Other churches have a few men meeting for weekly Bible study and a few other men meeting once a month on a Saturday morning for pancakes, so think they have fulfilled the needs of their men.

The men problem is among the most pervasive social, economic, political, and spiritual problems of all time. As a result of men are prone to get caught up in the rat race, lead unexamined lives, and become cultural rather than biblical Christians.

The failure of the church to disciple men is not just a gender issue, but a general failure to obey the Great Commission.

I have never met a pastor who doesn’t want to see their men become effective disciples. However, many pastors feel ill equipped to disciple men because they themselves have never been discipled, and it is psychologically difficult for them to admit this shortcoming.

Essentially, men and women who were never discipled are called to seminaries which, with a few exceptions, have no plan to disciple them, and then they graduate and go into churches where their main responsibility is to make disciples. That’s the elephant in the living room.

Other pastors find their men intimidating. And many pastors who have attempted men’s discipleship ministry have employed untested strategies that were doomed to fail from the beginning.

While there are numerous cultural, social, and political solutions offered, the Christian solution to the men problem is discipleship. The mission — the marching orders — of the Christian church is, “Go and make disciples….”

More millions of people and billions of dollars have been mobilized by this one speech than any other ever given. Discipleship is the portal priority through which the other priorities of the church are met (e.g., workers, stewards, and worshipers).

No one has more influence with men than pastors. The senior pastor is the key to everything — controlling priorities, resources, and programs of the church.

My doctoral research question was to analyze why and how effective church-based men’s discipleship programs differed from those that languished or failed. I especially wanted to discover what successful pastors were doing that unsuccessful pastors fail to do.

The three main differentiated factors were: (1) a clear, compelling, resonant vision to disciple every man in the church, (2) a senior pastor determined to succeed, and (3) a sustainable ministry model.

The opportunity is to reform the Christian church so pastors can focus on the primary mission of making disciples. Churches that are making disciples are growing and producing leaders. The approach should be interdisciplinary and use inclusive, non-polemic language.

It is easy to look at the data and come to the wrong conclusion. If we try to solve the wrong problem, then we can only succeed by accident.

Only one third of all change initiatives succeed, whether public or private, profit or nonprofit. Many initiatives that at first seem promising simply don’t want to work in the marketplace of ideas

We have all seen highly capable leaders waste years — even decades — of their lives on ideas that did not catch on. For this reason, I hope that we will humbly and earnestly keep digging until we find the will of God, a resonant and sticky idea, leadership called to see the idea through to its completion, a sustainable strategy (e.g., one that can be executed by ordinary people and does not depend on the contributions of extraordinary people), and actionable implementation plan.

Possible Objectives and Next Steps

1. Vision: Articulate a clear, compelling, resonant vision that captures the imaginations of church leaders at all levels.

2. The Case: Build a “positive” case statement with compelling evidence about why it’s important to reach men, what’s working, what’s not working, how it can benefit the church and save families, and the risks of not doing so. Include successful models of effective churches. The underlying concept is that belief determines behavior.

3. Leadership: Recruit a critical mass of influential church leaders of sufficient size to create systemic change (reform) in church policy and practice. Instead of using the “How can we fix it?” approach, ask, “What are the relationships we need to develop to solve this problem?”

4. The Plan: A strategy and plan to equip pastors and potential pastors personally and professionally for men’s discipleship. This would include “doable” solutions at the local church level — including proven, sustainable models for men’s discipleship — that fully integrate men into the existing structures of churches. Also, there are approximately 30,000 students in approximately 90 evangelical seminaries. 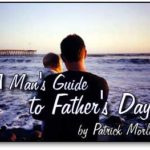