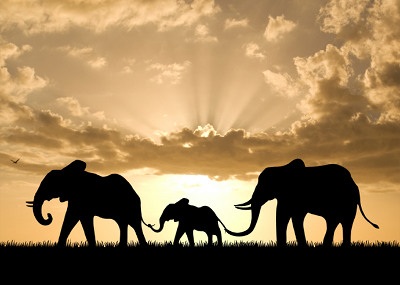 In one park they savagely killed 36 rhinos. A park ranger watched as one elephant knocked over a rhino, trampled it, then drove a tusk through its chest. The situation was out of control.

Then rangers brought six adult bull elephants into one of the parks. They mentored the younger bulls to see what normal behavior looked like. No more rhinos were killed after the bigger bulls arrived.

Everyone knows we have a “men problem.” Unfortunately, the problem is getting worse, not better. And young men especially are paying the price. Many are in chaos, and all are struggling to figure out how to do life.

Recently I’ve been mentoring a young man in his late twenties. On our fourth visit–long enough for him to size up whether or not he would trust me–he sat down and said, “I have a mediocre business, a mediocre marriage, and a mediocre relationship with God.” That’s because he’s never seen “normal.”

Many young men today are growing up as “practical” orphans. They’ve been left to “guess” at what normal male behavior looks like. There has to be a better way.

Who will take responsibility for these men–to mentor them in the ways of manhood?

A mentor is “a wise and trusted counselor or teacher.” Christian mentoring, however, is uniquely centered on the Word of God. Jesus said some men hear the Word but it gets choked out by life’s worries, riches, and pleasures. As a result, those men never grow to maturity. But other men hear the Word, obey it, persevere, and produce a big harvest (Luke 8:14-15).

Mentoring is all about growing men to maturity. How many young men never get asked? That is the apex of this problem.

Many single moms do a great job teaching their boys character. But a mom can only go so far. What’s a mom going to do? Say, “I’m your mother and I’m going to teach you how to be a man! Now, come here and let me help you pick out something cute to wear.” There are things about manhood that only a man can teach another man.

It takes a man to teach a man how to be a man. And God has ordained that His best men invest in other men. “And the things you have heard me say in the presence of reliable witnesses, entrust to other men who will also be qualified to teach others” (2 Timothy 2:2).

So how does it work?

What’s to Know About Mentoring?

It takes a man to teach a man how to be a man. Older men can help guide younger men as they work out what it means to really walk with God.

466 - Casting Vision with Faith and Life Objectives for All Your Men
All Posts
467 - Do You Want a Mentor?