Millennials: Dispelling the Myth of the Unreachable Generation 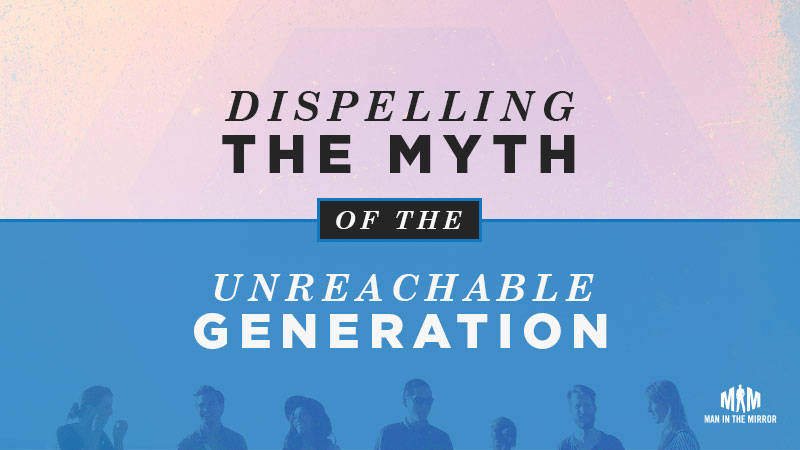 In the 1980s, elephants overcrowded South Africa’s Kruger National Park, the government authorized killing adult elephants and relocating their offspring to other parks. As the orphaned male elephants became teenagers, they were clueless about what “normal” male behavior looked like.

When their testosterone levels spiked, the orphaned males turned aggressive. In one park they savagely killed 36 rhinos. A park ranger watched as a young bull knocked over a rhino, trampled it, then drove a tusk through its chest. The situation was out of control.

Then rangers brought six adult bull elephants into one park. They mentored the younger bulls so they could see what normal male behavior looked like. No more rhinos were killed once the mature bulls arrived.

It’s not easy to become a man. Many young men today have grown up as “practical” orphans. They’ve been left to guess at what normal male behavior looks like. Everyone knows we have a “men problem.” Unfortunately, the problem is getting worse, not better. And young men especially are paying the price. Many are in chaos, and all are struggling to figure out how to do life.

Reaching younger men—especially Millennials—is a hot topic. Much has been written about it. They grew up in a fundamentally different world than previous generations, never knowing a world without cellphones or the internet. It can sometimes seem as though there is a wall between generations that cannot be described or penetrated. But that’s a myth. For many, these young men are your children, co-workers, or neighbors—not aliens from another planet to be dissected and analyzed.

There is also a growing sense that young men can’t be reached because they don’t want to be reached, but do we really believe that young men don’t have the same dreams and aspirations of other men at their age? Patrick Morley said it best, “Has there been a human nature ‘reboot’ in some secret corner of the cosmos? That’s ridiculous. We all want to love and be loved, to understand and be understood.”

Community of a Different Kind

In 2017, over 42 million men engaged in fantasy sports games, and while some of these are middle-aged men, the average age is around 32. There are millions of young men spending time, energy, and passion on their fantasy teams.

Brett Clemmer was eating lunch with a 20-year-old college student in Jacksonville a few years ago while a Cowboys-Jaguars game was on. The young man cheered a little when the Cowboys scored. “You’re a Cowboys fan?” Brett asked. “No,” he replied. “I’m rooting for the Jags to win, but I’ve got Tony Romo on my fantasy team.” Brett says he inwardly rolled his eyes, because rooting for individual players over your favorite team was difficult for him to accept as a lifelong Patriots fan.

Similarly, there is a lot of ranting about “kids these days” living in their parents’ basement playing video games all day. Condescending blog posts, sermons, and podcasts have covered this scenario enough. But Brett had this to say:

I recently spent time with a young man who spends enough time playing Call of Duty that he is ranked in the top five in the world in Call of Duty Black Ops 2. I’ve known this young man for his whole life. I’ll call him Ian.

Ian is not some pasty-faced screen zombie with no life. He juggles being an honor student at school, playing violin in several orchestras, and catcher on his baseball team with this video game hobby–Black Ops 2 being only one of the games he likes to play.

Ian is my 13-year-old nephew. His mom ensures that his “screen time” is only available after homework and violin practice are done and doesn’t delay bedtime. Of course, that doesn’t keep him from getting up at 5:30 in the morning sometimes and slipping down to play. He told me that’s the best time to play with kids in Korea and Japan.

And that’s the key, right there. That’s where the eye-rolling fall apart.

I had an “aha moment” when I walked in the room where he was playing–which actually is the basement. He was talking as he played, and I thought maybe the kid had gone a little nuts. That’s when I realized he had a headset on. Ian doesn’t play video games in a dark basement in his bathrobe by himself. He plays with a headset on and shares his experience with kids from his school in the evenings–and even from around the world at times! They play in teams to beat the computer or other teams.

Brett’s “aha moment” extends to Fantasy Football as well. Most of these guys aren’t watching the games alone. They’re meeting with a group of other men where they rub shoulders together: watching sports, trash-talking, eating, and sharing about how things are going at home with their wives and kids.

As with the young men and kids playing video games, texting, engaging in social media and more—we’re all yearning for community.

It’s All About Relationships, Man

The interests and methods of communication may have changed, but the message hasn’t. God has already given us the solution to bring young men to maturity: It’s for mature men to take younger men under their wings and show them how to walk with Christ.

Patrick Morley recalls, “That’s what happened to me. Some men who had been discipled themselves and were walking with the Lord took me under their wings and showed me the ropes. Jim Gillean, in particular, made me his project. He gave me a vision for Biblical manhood. He spent time with me. He cared. And he inspired me to turn around and disciple others. Reaching younger men is that simple.”

A mentor is “a wise and trusted counselor or teacher.” Christian mentoring, however, is uniquely centered on the Word of God. Jesus said some men hear the Word but it gets choked out by life’s worries, riches, and pleasures. As a result, those men never grow to maturity. But other men hear the Word, obey it, persevere, and produce a big harvest (Luke 8:14-15).

The key to all this is building relationships with younger men. We’ve talked about discipleship as intentional spiritual friendship, and that’s exactly what mentoring is. Young men—just like older men—tend towards isolation when they have problems, so we have to be intentional. Remember that no man fails on purpose, yet many men make seemingly small compromises which, over time, ruin their lives. We have to show young men the mistakes we’ve made, and the lessons we’ve learned, and how God has used it all for our good and for His glory.

BIG IDEA: All around us are young men who are yearning, desperate to engage in relationships that will help them become the kind of men they know in their hearts they were made to be. 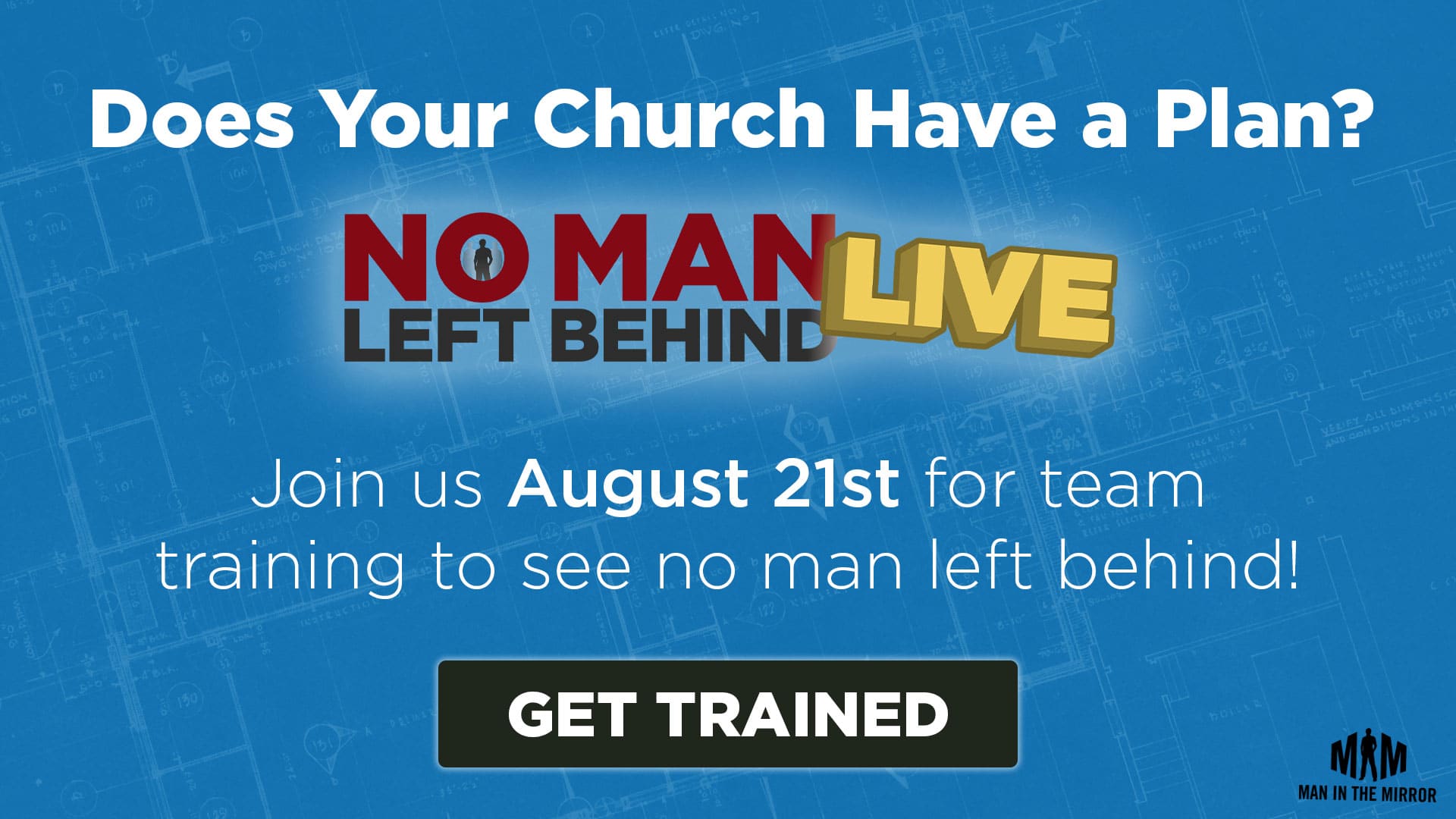 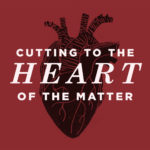 Cutting to The Heart of the Matter
All Posts

How to Recruit Allies For Discipleship