A 9/11 Remembrance: The Man in the Red Bandanna

As stories began to emerge after the collapse of the World Trade Center towers, several survivors from the South Tower mentioned a courageous young man who mysteriously appeared from the smoke and led them to safety. They did not know who this man was who saved their lives, but this they remembered: wrapped over his mouth and nose was a red bandanna.

For fifty-six minutes the man in the red bandanna shouted orders and led people down a stairwell to safety. “I found the stairs. Follow me,” he would say. He carried one woman down seventeen flights of stairs on his back. He set her down and urged others to help her and keep moving down. Then he headed back up.

A badly injured woman was sitting on a radiator, waiting for help, when the man with the red bandanna over his face came running across the room. “Follow me,” he told her. “I know the way
out. I will lead you to safety.” He guided her and another group through the mayhem to the stairwell, got them started down toward freedom, and then disappeared back up into the smoke.

He was never seen again.

Six months later, on March 19, 2002, the body of the man with the red bandanna was found intact alongside firefighters in a makeshift command center in the South Tower lobby, buried under 110 stories of rubble.

Slowly the story began to come out. His name was Welles Crowther. In high school he was the kid who would feed the puck to the hockey team’s worst player, hoping to give his teammate that first goal. He became a junior volunteer firefighter in Upper Nyack, New York, following in his dad’s footsteps.

Welles graduated from Boston College, where he played lacrosse, always with his trademark red bandanna. His father had always carried a blue bandanna.

After college he worked as an equities trader on the 104th floor of the South Tower. He had a habit of putting change in his pocket in the morning to give to street people on his way to work.

Not long before September 11, Welles told his father, “I don’t know how much longer I can keep doing this work.” He was restless for more. Crunching numbers for invisible clients just didn’t
seem like what he was born to do. He dreamed of becoming a firefighter or public servant.

On September 11, 2001, at the age of twenty-four, Welles Crowther became both. And also a hero, because he was willing to go up while everyone else was coming down. 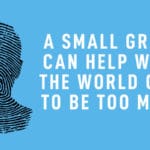 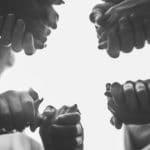 A Definitive Guide to What You Can and Cannot Pray For