Will you invest in God’s Plan A?

December 2, 2019 in Man in the Mirror Blog
FacebookTweetLinkedInEmailPrintShares82

We have a special opportunity this week to partner together in a mission that I believe has the power to change the world. Indeed, I’ve staked my life on it! We share the same passion: to transform men with the gospel of Jesus Christ and through life-on-life discipleship.

My wife Patsy and I have provided a matching gift of $20,000 as part of the nationwide generosity movement known as Giving Tuesday, which falls on December 3rd this year.

Every gift up to $20,000 that the ministry of Man in the Mirror receives this week through this effort will be matched, meaning your $50 gift becomes $100, or $250 becomes $500! We hope it will inspire you to invest in this mission alongside us. 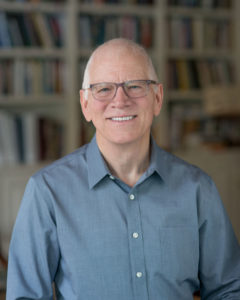 Personally, I’d be honored if you’d take a few minutes to read why I am so passionate about about helping men come to Christ and discipling them to be godly men, husbands, fathers, and citizens.

When I was a little boy, I loved my dad so much. He was my hero. I wanted to be like him. And I know my father wanted to be a great dad. That’s because he never had a dad.

When he was two years old, the youngest of four children, his father abandoned the family. As a result, my father grew up in poverty with a single mom, who did the best she could.

When my dad turned six, he went to work to help support the family. With his older brother, Harry, he would get up every day at 3 a.m., work on a bread truck, and then deliver newspapers. At six years of age, my father had two jobs!

When my dad later became a man, he had a decision to make. Would he repeat the sins of the father, or would he break the cycle? You can imagine how grateful I am that my father wanted to take a different path.

But he had a problem. What it meant to be a godly man, husband, and father was unexampled to him. He couldn’t remember the soothing sound of a father’s voice reading him a bedtime story. He had never tossed a ball in the backyard. He had never seen a man treat his mother with kindness and tenderness. And so, my dad was left to guess at how to be a husband to my mother and a father to my three younger brothers and me. And, like his mother before him, he did the best he could.

Dad knew he needed help. So he turned to the one place a man should be able to find that help. One Sunday morning, desperate to find the wisdom he lacked to be a godly man, husband, and father, he took us to church.

Unfortunately, when my dad opened the church door and entered with his wife and children, the church was not prepared. There had not been a group of leaders who sat around a table and asked, “When a young man with his family reaches out for the front door handle of our church, why did he just do that? What are the problems he is trying to solve? What does he need from us? How can we give it to him?”

Instead, the vision of the church I grew up in was to do work for God. And since my dad had such a great work ethic, having worked since the age of six, he responded when our church asked him to step up. But the original reason my dad had reached out for that front door handle was never satisfied. He was never discipled by more experienced men.

By the age of 40, my dad was the top layman in the church. But then something happened. He got burned out, and we left the church. I was in the 10th grade and my youngest brother was in the third grade. Over the next few years, the wheels came off the wagon.

Because no one ever took my dad under their wing and discipled him, he was not equipped to disciple me, and I went off the rails. I quit high school in the middle of my senior year. My next brother, Robert, followed in my footsteps. He eventually died of a heroin overdose. My next brother never held a job for more than six months until he was 50. My youngest brother has had more than his fair share of struggles. My dad never saw it coming. I’ve spent a lot of time reflecting on what happened to my dad and his family.

If you asked my dad who was at fault for what happened to his family, he would take full responsibility. But as I have come to understand the gospel of Jesus and His command to make disciples, I believe the church is culpable for what happened to this man’s family—and to millions of other families. Maybe even yours. Why would I think that? In part, because of what happened to me when I finally reached out for the front door handle of a different church.

My first life philosophy was that money will solve my problems and success will make me happy. The economy was good and so I met all of my goals. But money and success didn’t satisfy, and I was miserable.

I was taking my frustrations out on my wife. One morning before work, I was ranting and raving, trying to find words to expunge the pain inside me. I was saying things that no man should ever say to any woman. She just sat there taking it like—well, like a man. I looked at her and was transfixed; I could not look away. With large tears rolling down her face, she asked, “Pat, is there anything about me that you like?”

I felt like I had been tasered. I went to the office and spent the rest of the morning staring out the window thinking to myself, What happened to you, Morley? You wanted your life to count, to make a difference. But you’re just a nobody headed nowhere.

And like my father before me, I knew I needed help. So I also turned to the one place a man should be able to find that help. On a Sunday morning, like my dad before me, desperate to find the wisdom I lacked to be a godly man and husband, I showed up at church with my wife, Patsy.

But my experience was the opposite of my dad’s. When I reached out my hand and opened the front door, the men in that church were ready for me. They understood the sanctity of that moment—all the spiritual forces of evil at work to prevent it, and all the prayers of my wife and others to make it happen.

They had considered, “Why did he just do that? What are the problems he’s trying to solve? What does he need from us? How can we give it to him?” And they had a plan to take me under their wings, show me the love of Christ, share the gospel, and disciple me to be a godly, man, husband, and father.

The truth is that making disciples is God’s plan A to release the power of His gospel on every problem men and their families face. And He doesn’t have a plan B. So regardless of how any man got into his current situation, the only solution is to disciple him out. That’s what he needs. That’s how we can help him. Making disciples is the mission I knew I wanted to give my life to.

Because of this passion, in 1986 five of us started The Man in the Mirror Bible Study in a bar. That led to the book, The Man in the Mirror, in 1989. And that led me to change careers in 1991 and start the non-profit ministry, Man in the Mirror. Since then, we have had the incredible privilege of working with thousands of churches to help millions of men. And yet personally, I’m more passionate about reaching men today than when we started more than 30 years ago, because I’ve seen the impact that a man transformed by Christ has on everything and everyone around him!

It has been an amazing journey, fueled by a simple, but powerful premise: discipling men changes everything. If you look at the root cause of virtually any problem, you’ll find a man who is failing. But like we say at Man in the Mirror, no man fails on purpose. Men don’t wake up and think: Hey, what can I do today to let my friend down, have a moral failure, neglect my kids, or betray my wife?

The single best hope for these men is the gospel of Jesus Christ and His body, of which you and I get to be a part! Our vision at Man in the Mirror is for every church to disciple every man—men like your sons, your grandsons, your neighbors, or brothers. Men who will either end up like my grandfather, my dad, or me. And it’s all down to whether their churches have a vision—and a concrete plan—to disciple their men to be the godly men, husbands, and fathers our world so desperately needs.

Would you prayerfully consider joining me this week in investing in Plan A?

As a personal thank you, when you contribute a gift of $50 or more directly to the match this week, I’ll send you a complimentary copy of my newest book, The Christian Man, for you or a loved one.

Simply click here to give online and your gift will be matched.

One last thought—I feel compelled to mention that not discipling men changes everything, too. We don’t have to look very far to see the devastating impact of that truth. That’s why we cannot, we must not, and—by God’s grace—we will not fail.

Together in the battle for men’s souls,

Patrick Morley
Founder and Executive Chairman
Man in the Mirror 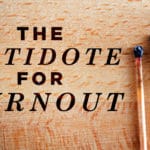 The Antidote for Burnout
All Posts 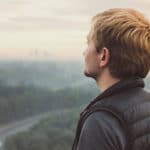 You Can Become the Man God Created You to Be