Marriage: Finding a New Best Friend in My Wife

NOTE: This weekly post—the fourth of ten—is adapted from The Christian Man and syncs to the currently available episode of “The Christian Man” Online Bible Study series being taught at The Man in the Mirror Men’s Bible Study here in Orlando. Join us online for an inspirational journey to help you become, or affirm you as, the man God created you to be.

No man plans to fail in marriage. No man ever went into a marriage thinking, I wonder how quickly I can blow this up. Every man who ever exchanged vows pictured himself heroically providing for and protecting a woman for whom he would willingly give his life.

Yet easily the number one problem for most men is that their marriages are not working the way God intended.

After writing three books on marriage and chapters on marriage in several other books that contain hundreds of marriage ideas, I think the starting point is to have a biblical perspective or worldview on a man’s role in marriage.

Sacrificial Love Is Your Primary Role

My wife’s parents moved to Orlando, and my father-in-law, Ed, and I became weekly lunch buddies and best friends for the last seven years of his life.

Not long after they moved here, my mother-in-law, June, needed to permanently move into the nursing care wing of their retirement community. Ed turned his apartment into a campsite. He slept there but spent as much of every day as he could in his wife’s room. For her part, June said, “I just want to be with Ed.”

Ed’s love illustrates the primary, longest, most elegant instruction the Bible offers a man about his role as a husband:

Husbands, love your wives, just as Christ loved the church and gave himself up for her to make her holy, cleansing her by the washing with water through the word, and to present her to himself as a radiant church, without stain or wrinkle or any other blemish, but holy and blameless. In this same way, husbands ought to love their wives as their own bodies. He who loves his wife loves himself. After all, no one ever hated their own body, but they feed and care for their body, just as Christ does the church—for we are members of his body. “For this reason a man will leave his father and mother and be united to his wife, and the two will become one flesh.” This is a profound mystery—but I am talking about Christ and the church.
Ephesians 5:25–32, emphasis added

The way Jesus loves His bride is the template for how we love our brides. Notice the exhortation to sacrificially love your bride just as (“equal to” or “in the same way”) Jesus loved and gave Himself to His bride, the church (the body of Christ).

She means everything to Jesus. He held nothing back from her. He sacrificed everything He had to serve her. He was willing to die for her. In short, His bride was His top priority, and that’s what Scripture wants us to imitate:

After God, but before all others, make your bride your top priority. 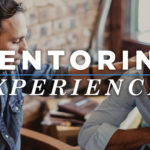 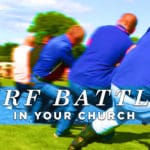 Turf Battles in Your Church