In the Fight Of Our (Eternal) Lives

February 10, 2020 in Man in the Mirror Blog
FacebookTweetLinkedInEmailPrintShares279

By Brett Clemmer, President & CEO of Man in the Mirror

Right now, all around us, men are engaged in a different kind of warfare—no less real than what these soldiers faced and no less damaging. Whether men are suffering physically, mentally, or emotionally, they are certainly suffering spiritually. The battle is raging and it’s a battle for their very souls.

What’s extraordinary is that we—you and I—have been given the sacred opportunity to fight for them and with them.

Every day at Man in the Mirror, we hear stories of lives that have been transformed by Christ. We praise God for these stories! But we aren’t satisfied. We aren’t anywhere near content.

Because today, a man somewhere—a husband, a father, a son, a brother—lost the battle.

At Man in the Mirror, our goal is nothing less than this: No man left behind. It’s a military phrase you’ve probably heard. It means that in the heat of battle, no matter what, no man, dead or alive, gets left on the battlefield. In the Bible, the parable of the lost sheep conveys the same idea. If a shepherd can see 99 out of his flock of 100, he goes to find the missing one.

Today, however, men are being left behind. In families, where fatherlessness is a scourge that ravages childhoods. In school, where men are steadily falling behind in participation, achievement, and degrees. In society, where the sins of men in the public spotlight paint all men with the broad brush of financial and sexual malfeasance. In the church, where men are losing interest because, frankly, they feel like the church is losing interest in them.

To put it bluntly, too many men are failing, and the consequences are devastating. Today, there are 127 million men in America age 15 or older. Sixty percent make no profession of faith in Jesus Christ, and only about 7 million men are engaged in discipleship. You can see the ripple effects throughout our society.

But we believe wholeheartedly that it is the church where we find the greatest hope—indeed, the only hope—for these cycles to be broken. For men to not be left behind.

Man in the Mirror exists to help the church realize its potential to reach men and change their lives. We help leaders build discipleship pathways for every man in their church, knowing that the transformational impact of discipleship on a man’s life through the power of the gospel ripples through his marriage, family, workplace, and community.

I am one of those men.

In 1999, I started a software company with four friends. We had built a database system while I was working at the Coalition for the Homeless in downtown Orlando, and eventually, we spun out a technology company to sell the software nationally.

The first year was great. We did a million dollars in sales, and we had one salesperson. Me.

We had a great product and understood our market, and my sales strategy was simple. I would get on a plane and go anywhere, anytime, to talk to anybody who was interested in using our product.

I was married to Kimberly and we had two toddlers at home. We were heavily involved in our church’s children’s ministry, and so I settled into a pattern: I would work and travel all week, really putting in the hours to build this company. On the weekends, I would rush home to be at church so I could minister to other people’s kids, and then on Monday I would abandon my own family once again to go build my company.

In my mind I was telling myself, “I’m doing this for my family.” But I was also carrying around an Inc. magazine, imagining what it would be like to be on the cover.

We grew the company to 36 employees, and then things really got busy. Meanwhile, my family was getting left behind, until God used a series of events to change my life.

It all started with a conversation with Kimberly. I called her late one afternoon to let her know another last-minute business trip had come up. I was apologizing when she said eight words that rocked my world: “That’s okay. It’s easier when you’re not here.”

I asked her about it when I got home. “What do you mean? It’s easier when I’m not here?”

She said, “Look, I get it. You’re trying to build a company. But I’m at home with two toddlers who hardly know their dad. You’re out of the house before they wake up, and you never get home when you say you’re going to. There’s always one last project to finish or one more phone call or email. When you are home, you’re exhausted from working so hard, and you’re no fun to be around when you’re tired. The only time you and I really ever talk now is when you’re in a hotel room a thousand miles away. So don’t worry about it. Go on your trip. We’ll be fine.”

We were definitely not fine. I left for my trip, dejected.

Soon after, the second thing happened. A buddy called me from church. Our wives were in a small group together, and he suggested that we should have a group for the husbands as well. The conversation with my wife was still on my mind, and I agreed. The book we studied together was The Man in the Mirror. I opened it up and read the chapter titles…

Chapter One: The Rat Race. I knew a thing or two about that.

Chapter Two: Leading an Unexamined Life. I was starting to get uncomfortable.

Chapter Three: Cultural Christian or Biblical Christian? Now, frankly, I was a little mad. This guy Patrick Morley had had the nerve to write a book about me!

But I joined the group and we began to study together and share our lives.

Then the third thing happened. The tech market crashed. Our company was on the cusp of significant investment capital coming in, and it all just disappeared. Vapor. We had borrowed money to grow the company, and our cash flow wouldn’t be enough to sustain us. In a day, we went from 36 employees to 6. We struggled for months to try and dig our way out, and during that struggle, another phone call with Kimberly happened.

I was supposed to go to my men’s group that night. I called Kimberly and said, “I don’t think I’m going to go. I’m worn out. I just want to come home.” And she said, “Don’t come home. It’s times like this when you need those guys the most. You’ve been a better husband and daddy since you’ve been meeting with them. We’ll be here when you get home. Go to your group.” And she was right.

As I watched my dream of building a successful tech company spiral down the drain, the quality of my marriage and family went in the opposite direction. Reading that book and spending time with those guys, sharing our struggles—and we all had struggles!—praying together, studying the Scriptures together… it changed everything for me.

The company went out of business, but along the way, one of the guys in my small group just happened to be a table leader at the local Man in the Mirror Bible Study. He gave my resume to the ministry, as did another friend of mine. Go figure! At the end of the first week of November 2000, we shut down the company. At the end of the last week in November, I started my new job at Man in the Mirror.

Why do I believe so passionately in men’s discipleship? Well, because a group of brothers—with the Holy Spirit working through them—saved my life!

THE BIG IDEA: When we say, “Discipleship changes everything,” we are basing it on experience—our own and others’— and we come armed with a vision to see powerful, widespread change that resonates far beyond the individual man.

The neighborhood of courageous single moms losing their sons to gangs and prisons is reborn as a community where courageous men come alongside them and stand in the gap as mentors and fathers—until there is no longer a gap at all because families are intact.

The industry of pornography—with revenues greater than the NBA, NFL, and MLB combined—is suddenly crippled by men who, instead of providing the market, are now leading the fight against human trafficking and exploitation.

No matter the brand of brokenness in this world, we must disciple our way out of it. And we believe that we can—together. Really, can you think of any other way it could happen?

One of my favorite movies is called We Were Soldiers, starring Mel Gibson. He plays an army lieutenant colonel named Hal Moore, who basically invented the air cavalry during the Vietnam War, replacing horses with helicopters. As his men graduate from training, as depicted in the movie, he gives a famous speech, which he concludes with these words:

“We are goin’ into battle against a tough and determined enemy. I can’t promise you that I will bring you all home alive. But this I swear before you and before Almighty God: That when we go into battle, I will be the first to set foot on the field, and I will be the last to stop off. And I will leave no one behind.”

Today, we are in the fight of our lives, and Ephesians 6:12 reminds us that it’s not flesh and blood we’re battling, but rather we face a spiritual enemy as tough and determined as ever. He is bent on destroying men and everyone around them. But together, we are determined in this mission to—by the power of the Holy Spirit—stop that from happening. And by His grace, we will leave no man behind. 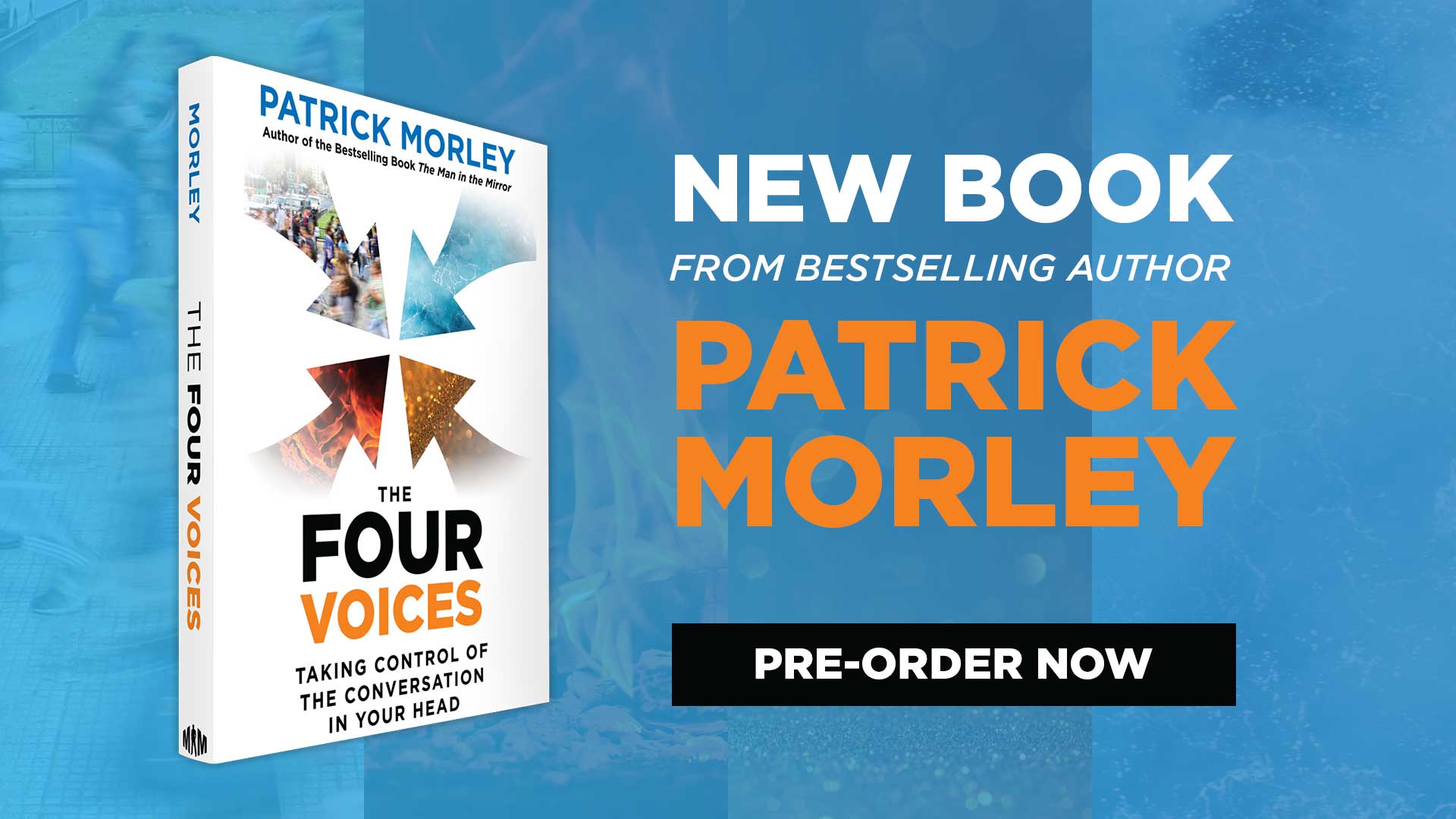 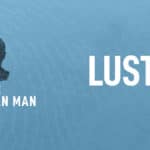 Lust: The Right Way to Deal with This Powerful Drive
All Posts 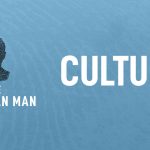 The Role of a Christian Man in Our Culture