The Cross in the Age of COVID-19 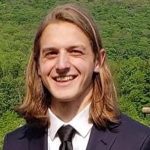 I’ve noticed that every theological stream seems to have its own angle or “take” during this chaotic time.

In fact, it seems everyone is doubling down on social justice—as one Presbyterian pastor I talked to said wisely, “Now is a great time to focus on the ‘liberal’ aspects of Jesus’ ministry.”

These are all, in their own rights, conversations worth having. The physical nature of communion demands address at a time like this. The sovereignty of God is under attack. And Jesus is and was deeply concerned with the suffering of the weak and the injustice of the systems in which he lived.

But through all of this, I’ve seen surprisingly little about the cross. If now is a great time to focus on Jesus’ liberalism, it can’t be at the expense of our focus on the cross.

What does the cross have to say to us in a time of fear and sickness?

The first thing the cross has to say to us in this time is this: God’s wrath is not aimed at us. As someone wise once said, God’s not mad at you. It’s an old, old human reflex to look at the wreckage left in the wake of natural disasters such as COVID-19 and see the wrath of God (or the gods).

But in the cross, the wrath of God is already accounted for. God’s wrath for us was taken on by God Himself, spent on the cross for our salvation.

THE BIG IDEA: God didn’t keep an emergency fund of wrath left over for when we got out of hand. Jesus said on the cross, “It is finished.” And it is.

This pandemic is within the sovereignty of God, but it is not an act of spite, because there is not spite in God.

The cross frees us to see the coronavirus for what it is: a leftover piece of evil in this broken world, which will be done away with for good on the Last Day.

God’s wrath did not create the coronavirus, but it will consume it, along with cancer, addiction, depression, and every other thing that ails us. And we know this because the victory was already won, on the cross. Click To Tweet

I am reminded of the closing paragraphs of David Bentley Hart’s article following the 2004 tsunami that devastated so much of South Asia (paragraph break added):

I do not believe we Christians are obliged—or even allowed—to look upon the devastation visited upon the coasts of the Indian Ocean and to console ourselves with vacuous cant about the mysterious course taken by God’s goodness in this world, or to assure others that some ultimate meaning or purpose resides in so much misery. Ours is, after all, a religion of salvation; our faith is in a God who has come to rescue His creation from the absurdity of sin and the emptiness of death, and so we are permitted to hate these things with a perfect hatred.

For while Christ takes the suffering of his creatures up into his own, it is not because he or they had need of suffering, but because he would not abandon his creatures to the grave. And while we know that the victory over evil and death has been won, we know also that it is a victory yet to come, and that creation therefore, as Paul says, groans in expectation of the glory that will one day be revealed. Until then, the world remains a place of struggle between light and darkness, truth and falsehood, life and death; and, in such a world, our portion is charity.

As for comfort, when we seek it, I can imagine none greater than the happy knowledge that when I see the death of a child, I do not see the face of God, but the face of His enemy. […] We can rejoice that we are saved not through the immanent mechanisms of history and nature, but by grace […] and that, rather than showing us how the tears of a small girl suffering in the dark were necessary for the building of the Kingdom, He will instead raise her up and wipe away all tears from her eyes—and there shall be no more death, nor sorrow, nor crying, nor any more pain, for the former things will have passed away, and He that sits upon the throne will say, “Behold, I make all things new.”

Jackson Clemmer (@jrclemmer)is a part-time worship leader, part-time Amazon packer, and seminary student. He’s also a staff blogger on Key Life. He graduated from Grove City College with a degree in philosophy, and he also happens to be the son of MIM President & CEO Brett Clemmer. 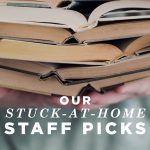 What to Read: Our Staff Picks
All Posts 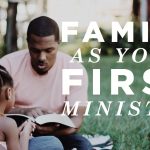 Family As Your First Ministry