Entrusting the Message to Faithful Men

Jesus told the disciples it’s not that men don’t want to meet Him. It’s that there aren’t enough men to make a credible introduction. In Paul’s plan for Timothy to safeguard and spread the gospel of Jesus, we see how we are entrusted to make the connection. 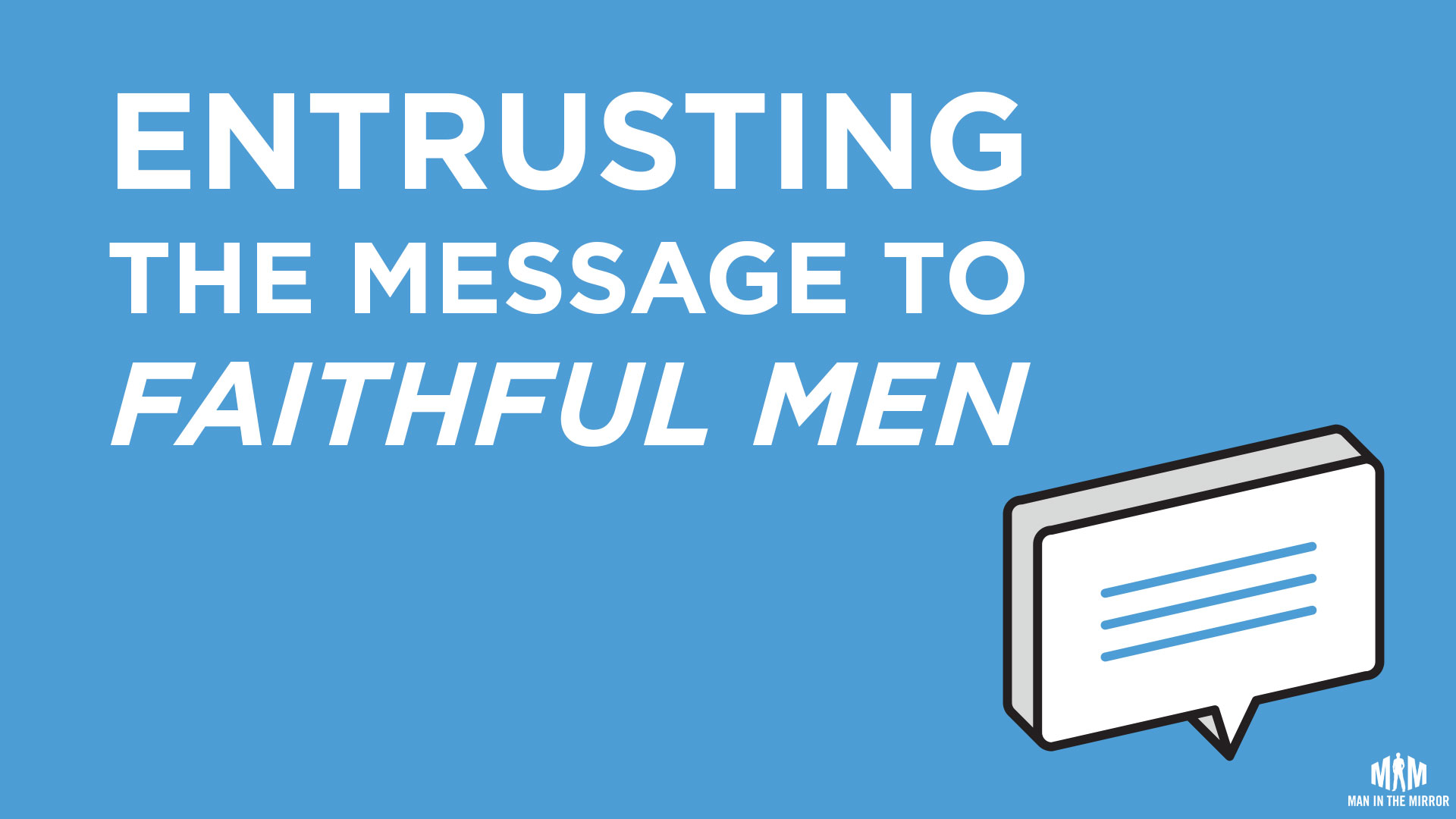 In the first years of the early church, as the disciples were carrying out the Great Commission, a scoundrel named Saul (later called Paul), was doing everything in his power to stop them.

Saul, a Pharisee, was a brilliant man with great zeal for religion. He was also a vicious and violent persecutor of the Way, the first name given to the sect whose followers eventually came to be known as Christians.

Then one day, while on the road to Damascus, Jesus appeared to him, and as a result he had a conversion experience that radically changed his entire life.

Suddenly, Saul was applying the same brilliance and zeal he’d used to threaten and harm the church to build it. And Christianity exploded! Churches sprung up throughout the known world as the gospel spread.

After many years of work, as Paul was becoming an old man and thinking about the future, we come across a letter he wrote to his young protégé, Timothy.

In the passage we’re looking at in this article, Paul is focused on two things: 1) How do I safeguard the message, and 2) How do I keep it going from generation to generation?

We’ve been studying the letter of 2 Timothy for the last several weeks both here on the blog and in our video Bible study. Click here to read previous articles.

As we begin to explore the second chapter, we see Paul unveil his simple but ingenious plan to ensure the future of Christianity: “And what you have heard from me in the presence of many witnesses entrust to faithful men, who will be able to teach others also” (2 Timothy 2:2).

Wondering how to safeguard the gospel was at the forefront of Paul’s mind, as evidenced in his writing. He describes the movement as under attack by false teachers, deserters, and more.

So what is the core message Paul refers to when he writes “and what you have heard from me in the presence of many witnesses”?

He lists the most important parts of the message in 1 Corinthians:

For I delivered to you as of first importance what I also received: that Christ died for our sins in accordance with the Scriptures, that he was buried, that he was raised on the third day in accordance with the Scriptures, and that he appeared to Cephas, then to the twelve. Then he appeared to more than five hundred brothers at one time, most of whom are still alive, though some have fallen asleep. Then he appeared to James, then to all the apostles. Last of all, as to one untimely born, he appeared also to me. (15:3-8, emphasis added)

Jesus proclaimed that He had come to seek and to save the lost, and He died for our sin. But what makes Christianity alive is the resurrection—that Jesus was visibly seen by all these witnesses after He had been brutally put to death on a cross. The bodily resurrection of Jesus is the foundation of the Christian faith.

The bodily resurrection of Jesus is the foundation of the Christian faith.Click To Tweet

The experience that Paul had on the road to Damascus—“He appeared also to me.”—was of first importance to him; it’s why he staked his whole life on the gospel. Paul wanted to ensure that Timothy would continue to safeguard it: “And what you have heard from me in the presence of many witnesses entrust to faithful men…”

Next, Paul wanted to ensure that that safeguarded message would be carried from generation to generation. “And what you have heard from me in the presence of many witnesses entrust to faithful men, who will be able to teach others also” (emphasis added).

His plan to spread the gospel was to invest in men who would then invest in other men.

When Jesus looked at the crowds, He saw that they were harassed and helpless like sheep without a shepherd. He went on to say that the problem is not that the harvest is small. The problem is that there are not enough workers to bring in the harvest (Matthew 9:35-38).

The harvest is plentiful if we’ll help bring it in. Men, if we’ve been entrusted with the message, then we’ve also been called to faithfully share it.

When I left business years ago and did my first ministry project, it was in Mississippi. When I arrived, there had been a group of pastors in the city of Jackson who had been praying that God would send someone to help them pull together the Black and White communities there.

Dan, one of the pastors, pulled me aside and said, “We’ve been praying for years that God would send a man. I just can’t believe He sent you. You remind me of that text in 1 Corinthians where it says how God uses the weak things of this world.”

That’s the characteristic Paul tells Timothy to look for.

THE BIG IDEA: Be faithful to invest in men who will invest in other men.

Preparing to Be the Messenger

Are you ready to be a part of Paul’s plan? If you want to spiritually invest in someone else, here are two commitments to make up front:

1) Commit fully to the things of first importance.

Today, like in the days of Paul and Timothy, a variety of philosophies, false teachings, and idols are luring men away from the gospel.

Paul said things like, “I am not ashamed of the gospel because it is the power of God for the salvation of everyone who believes” (Romans 1:16), and “I’ve been crucified with Christ and I no longer live, but Christ lives in me. The life I now live in the body, I live by faith in the Son of God who loved me and gave Himself for me” (Galatians 2:20).

This is the passion that you can experience when you embrace those things of first importance. To act as a spiritual father, guiding someone who is farther behind you in the discipleship journey, first requires you to fully commit to the gospel with your whole heart.

2) Commit to faithfully teaching and investing in others.

Are you a disciple of Jesus? Then I urge you to invest spiritually in other men. The truth is “disciples not making disciples” is an oxymoron. It’s an internally inconsistent statement.

Many men are in crisis, and they feel the heaviness of a world in crisis. Somewhere in your life—maybe in your neighborhood, at your place of work, in your family, where you participate in a hobby or a sport—is a man who right now does not know how he will be able to go on one more day.

Perhaps he’s distraught over the state of the world. Perhaps he has no sense of where his life is going, who he is, or why he exists. His soul feels shriveled up. And he is aching for someone to come alongside him and care enough to listen and guide him.

I believe if you are reading this now, it’s because God wants to send you. 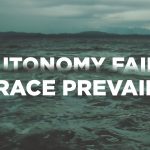 How Autonomy Fails and Grace Prevails
All Posts 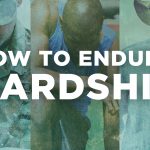 How to Endure Hardship: The Soldier, the Athlete, and the Farmer