A Christian’s Guide to Handling Controversy

In a culture that thrives on controversy, we’re eager to argue our points. But with what goal? And at what cost? Paul gives a counter-cultural approach to conflict that helps us fight the right battles in the right way with the right definition of victory. 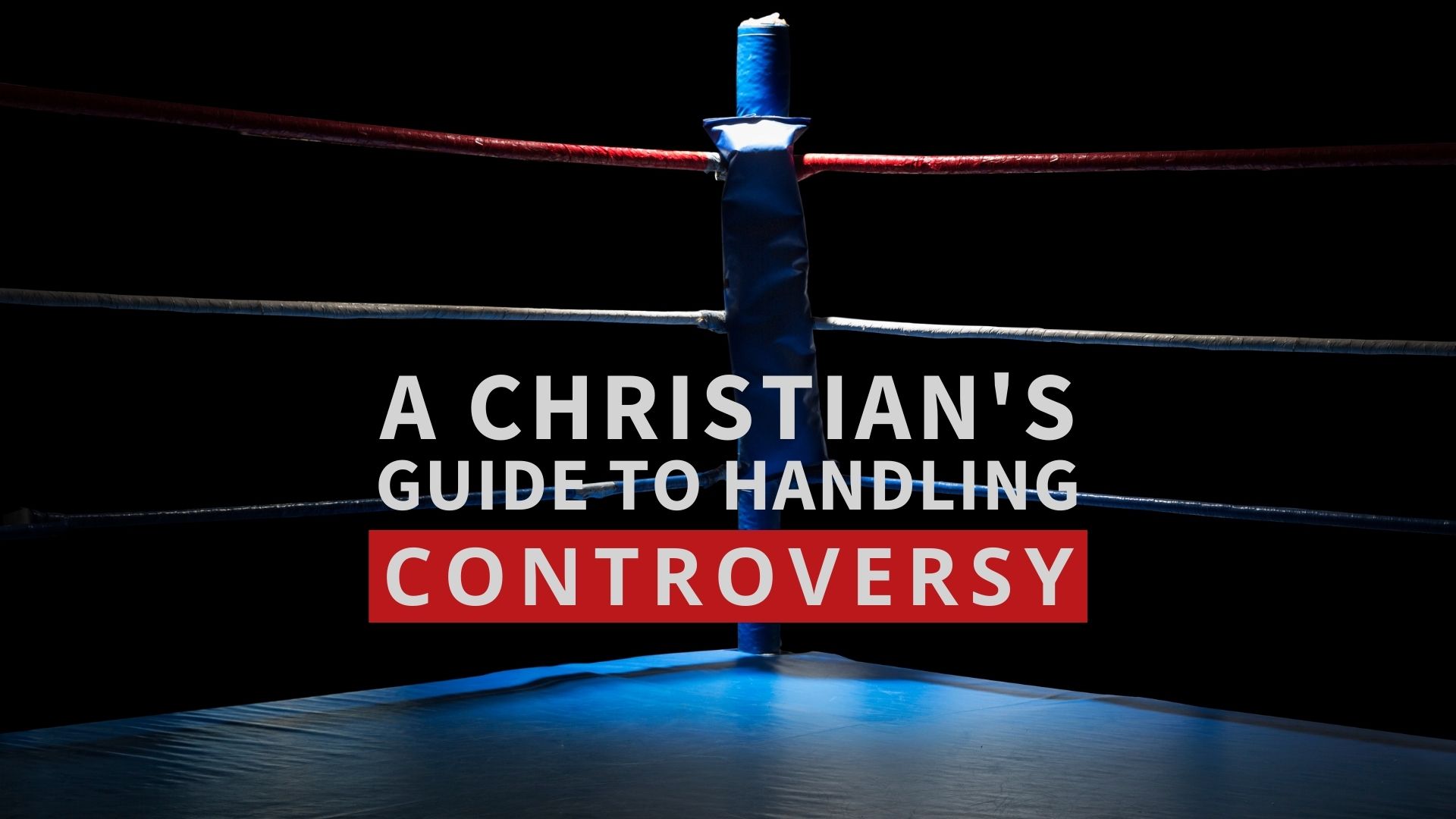 Recently, I was listening to a podcast by a Christian leader who was interviewing a social psychology professor named Jonathan Haidt. Haidt himself is a Jewish atheist, not a Christian, but something he shared about his perspective on the changes wrought by social media really struck me.

When we have a disagreement, Haidt suggested, we have two choices. We can discuss our disagreement face to face, perhaps over coffee, and try to understand each other’s viewpoints. Or we can set up an appointment at the Roman Colosseum and invite a horde of strangers to come watch us fight it out.

This, in essence, is social media. Too often, people are trying to solve arguments in a way that carries the potential for a public blood bath. And in fact, that’s what everyone witnessing it wants.

Christians are not immune to this shift. For example, I’ve seen Christians on social media post vitriolic comments on other people’s posts over the finest theological minutia—points that the most brilliant theologians have been debating for centuries. Suddenly, someone has completely figured out the theological significance of some Greek word and decides to argue his case with name calling and condescension, despite the fact that he’s never actually studied Greek and only opens his Bible on occasion.

Men, when we engage in these public battles, it obscures the message of the gospel. And when it comes to building relationships and discipling other men—particularly in the context of spiritual fathering—it’s a death blow.

Here on the blog and in our Bible study, we’ve been taking a deeper look at the book of 2 Timothy. Of course, there was no such thing as Facebook or Twitter when Paul wrote this letter to Timothy, but the principles regarding handling controversies are relevant today.

Have nothing to do with foolish, ignorant controversies; you know that they breed quarrels. And the Lord’s servant must not be quarrelsome but kind to everyone, able to teach, patiently enduring evil, correcting his opponents with gentleness. God may perhaps grant them repentance leading to a knowledge of the truth, and they may come to their senses and escape from the snare of the devil, after being captured by him to do his will.

If Paul were writing to the church today, “Have nothing to do with foolish, ignorant controversies; you know that they breed quarrels,” what all might that encompass?

Think about the controversies that you’ve been preoccupied with this week, for example. Have they been a distraction from your most important priorities or pulled you or others away from the gospel? I believe Paul would classify anything that hinders the cause of the gospel as a foolish, ignorant controversy.

Why is it so tempting to engage then? The reality is that in addition to the Colosseum approach to conflict, the internet has also contributed to the widespread attitude we can be experts in everything—from virology to macroeconomics to climate change to mental health.

I believe Paul would classify anything that hinders the cause of the gospel as a foolish, ignorant controversy. Why is it so tempting to engage then?Click To Tweet

If we aren’t careful, we can apply biblical principles out of context to non-essential issues to justify arguing our personal positions at all costs, often in a manner that undermines our witness.

Jesus Himself encountered this with the religious leaders of His day over the non-essential issue of taxes. Watch how they butter him at the start, and then try to set a trap for him:

Then the Pharisees went and plotted how to entangle him in his words. And they sent their disciples to him, along with the Herodians, saying, “Teacher, we know that you are true and teach the way of God truthfully, and you do not care about anyone’s opinion, for you are not swayed by appearances. Tell us, then, what you think. Is it lawful to pay taxes to Caesar, or not?”

But Jesus, aware of their malice, said, “Why put me to the test, you hypocrites? Show me the coin for the tax.” And they brought him a denarius. And Jesus said to them, “Whose likeness and inscription is this?” They said, “Caesar’s.” Then he said to them, “Therefore render to Caesar the things that are Caesar’s, and to God the things that are God’s.” (Matthew 22:15-21)

The Pharisees went to Jesus about taxes with the goal of undermining His ministry. Either he’d say no to taxes and become an insurrectionist against the government, or he’d say yes and become a collaborator of those persecuting the Jews.

Instead, Jesus rejects their premise. Instead of engaging in the controversy and choosing one of their options, He shifts the focus to a deeper truth, centered around one’s devotion to God.

There are two other things to notice about this passage as well: first of all, when they take out a denarius with an image of Caesar on it, they are literally bringing a graven image into the temple courts. The Pharisees should have been scandalized by this, though it may have been a Herodian that brought in the coin. Either way, it shows their hypocrisy.

Secondly, the Pharisees and Herodians were often opposed to each other. The Pharisees saw the Romans as occupiers and yearned for religious purity. The Herodians relied on the Romans for their own power. One sign of a foolish controversy is when people who fundamentally disagree band together to make an argument. Beware when you see enemies suddenly acting like allies!

Let’s not get caught up in foolish arguments that undermine Jesus’ ministry. The desire to jump into the trap for the sake of being right or to prove our point is dangerous. Whether it’s a public display of self-righteousness (“I’m good and you’re evil”) or self-rightness (“I’m right and you’re stupid”), it’s a cancer that splinters God’s people and our witness.

A Counter-Cultural Approach to Controversy

Do you know someone who is quarrelsome—often seizing on petty issues or differences to entangle others in a dispute? Or perhaps, what about you? Are you eager to argue?

The desire to jump into the trap is dangerous. Whether it’s a public display of self-righteousness (“I’m good and you’re evil”) or self-rightness (“I’m right and you’re stupid”), it’s a cancer that splinters God’s people and our witness.Click To Tweet

But instead of taking the bait and engaging in foolish controversies, Paul gives Timothy much different instructions:

And the Lord’s servant must not be quarrelsome but kind to everyone, able to teach, patiently enduring evil, correcting his opponents with gentleness. (2 Timothy 2:24-25a)

When we face conflict, Paul wants us to be kind, prepared, patient, gentle, and willing to endure evil. This is not the standard embraced by modern culture! It won’t result in a Colosseum victory for you.

But you will stand out in a negative, argumentative, narcissistic world as a beacon for goodness, a light in the darkness.

Paul’s advice to Timothy reminds me of some of the individual proverbs that Solomon lists out for his sons in Proverbs 15.

As you read through Solomon’s wise counsel for how his sons should engage with others in the face of conflict, think about it in the context of spiritual fathering as well, as you guide those who are behind you in their spiritual journeys.

Having a soft answer, commending knowledge, recognizing that God is in charge, and having a gentle tongue are all mentioned in the first four verses, and they echo Paul’s letter.

When we face conflict, Paul wants us to be kind, prepared, patient, gentle, and willing to endure evil.Click To Tweet

Further down, the proverbs continue the same theme:

The proverbs also remind us that when we’re more concerned about our witness for Christ than we are of being right, it’s more likely that God can and will use these conversations to change our own hearts:

In all of our interactions—with Christians and non-Christians alike—we need to avoid foolish controversies and arguments, and instead approach others with humility. They and you will reap the benefit.

The Goal (And What Makes Us Miss It)

After Paul tells Timothy what to avoid and what to pursue, he then reminds him why it matters:

God may perhaps grant them repentance leading to a knowledge of the truth, and they may come to their senses and escape from the snare of the devil, after being captured by him to do his will. (2 Timothy 2:25b-26)

Stated another way: “Your goal is not to win an argument; your goal is to lead someone to God.”

And this is where I think we get into trouble as Christians. We start to think that it’s our job not just to lead people to God, but to convict people of their sin. Suddenly, with this (self-)righteous mission in mind, our arguments become instruments in bringing people to repentance.

And this is where I think we get into trouble as Christians. We start to think that it’s our job not just to lead people to God, but to convict people of their sin.Click To Tweet

But if we look at Paul’s words to Timothy, we see a much different progression at work: God grants them repentance, which leads to a knowledge of the truth, which leads to people to coming to their senses, which leads to them escaping the trap of the devil.

I’m suggesting that by making a commitment to interact with humility and kindness, we will get out of the Holy Spirit’s way—so that we can all move toward the goals of deeper relationship, repentance, and faith. 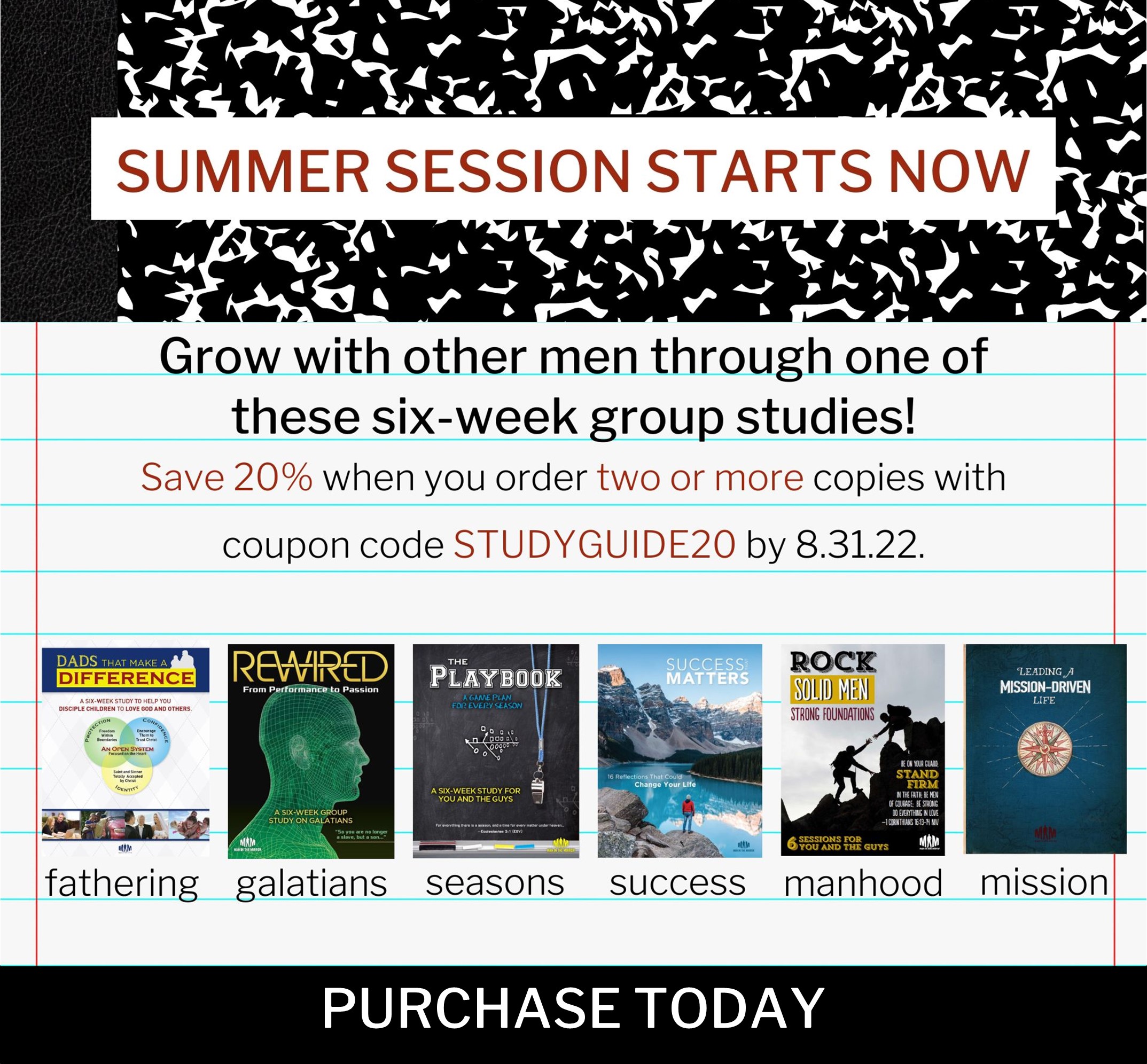 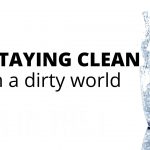 Staying Clean in a Dirty World
All Posts 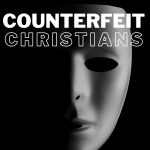 How to Respond to Counterfeit Christians