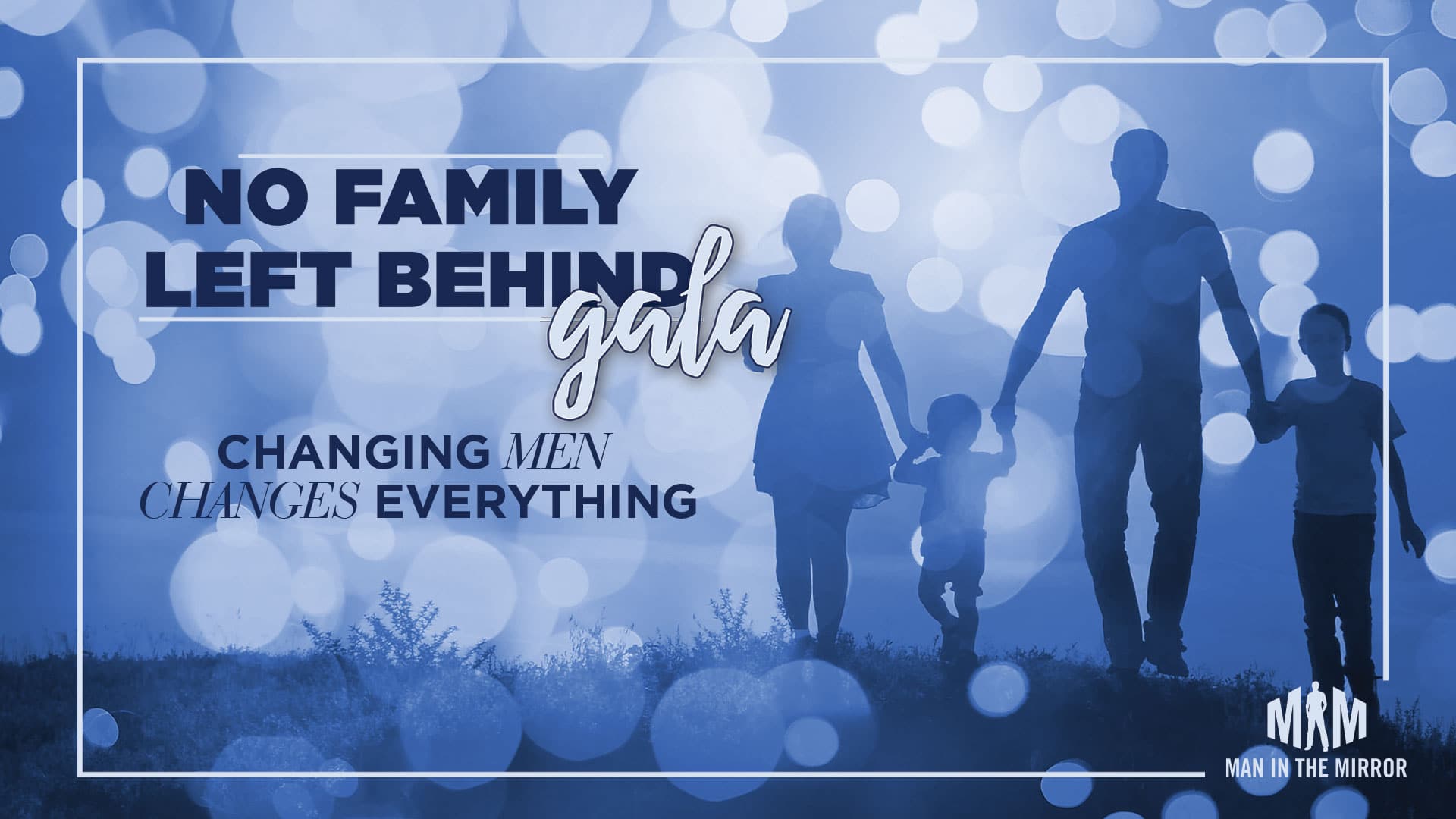 An Invitation from Founder, Patrick Morley and President, Brett Clemmer

Bring your friends, your small group, or make it a date night! Join us for this magical evening where you’ll laugh with Adam Christing and be inspired by Kirk Cameron and our team. It’s going to be a fantastic evening!

Here at Man in the Mirror, our hope is simple: the stories of changed lives you hear will be both inspiring and impactful. You’ll want to be a part of changing men’s lives. We’ll equip you with ideas for your church, and ask for your help and investment so that we can help every church disciple every man.

Why? Because changing men changes everything! When you disciple a man, you change his life and the lives of every person around him, especially his wife and children.

Let’s work together to see that there is NO FAMILY LEFT BEHIND.

An Invitation from Kirk Cameron

Kirk Cameron has been a part of the national landscape since starring as “Mike Seaver” in the ABC hit sit-com, “Growing Pains.” That role turned him into a cultural icon in the 80’s, with his mullet hairstyle, cool sunglasses, and wisecracking comebacks. Since then, he’s appeared in numerous television and movie productions, including the “Left Behind” series, “Monumental,” and Fireproof- the marriage-centered film that became the #1 grossing inspirational movie of 2008. His newest film, Connect, released Feb, 2018, and offers “real help for parenting kids and teens in a Social Media world.” He’s been featured on Nightline, Fox News, and CNN and currently tours the country speaking live to 30 churches a year as part of the “Living Room Reset” marriage and parenting conference. In the fall of 2016 and 2017, he hosted live Fathom theater events called “Revive Us” — a “national family meeting” urging the family of faith to return to the biblical principles that will bring blessing and protection to our country. The live events took place in over 750 theaters across the United States and were attended by over 200,000 people. Kirk and his wife, Chelsea, met on the set of “Growing Pains and have been married for over 26 years. Together they have six teenage children and host an all-expenses-paid summer camp for terminally ill children and their families called Camp Firefly.

Adam Christing has given nearly 4,000 live speeches and comedy performances for audiences in 49 of the 50 US States. He is the author of several humor and personal growth books and has been profiled in Success Magazine and featured on more than 100 Radio & TV shows including Entertainment Tonight, ABC World News, FOX News, and PBS.

He is a popular Master of Ceremonies and the Founder of CleanComedians.com. He became a member of the world famous Magic Castle in Hollywood at the age of 17. Adam is a husband and father of four and believes that the world is secretly plotting to make him happy.

Note: Due to COVID-19 related restrictions, we will have a limited number of seats available. The venue will be following all restrictions and precautions necessary as we gather.

Note: Tables and a limited number of individual seats are for sale.
Event Host(s) – If your company, organization, or group would like to secure the Founder’s or President’s tables, please email Kimberly Massari at kimberlymassari@maninthemirror.org or call 407-472-2115.

Gold Table – If your company, organization, or group would like to sponsor a table in support of Man in the Mirror, this includes:

Silver Table – If your company, organization, or group would like a premier table, this includes:

*Seating chart below will not load if you have an ad blocker on.*