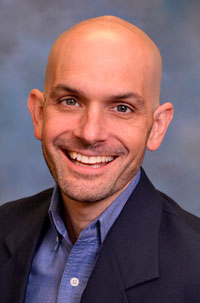 After growing up and going to college outside of Boston, Brett Clemmer met and married his wife, Kimberly, and moved outside of Orlando, Florida, where they raised two fantastic kids. Brett regards being a father and husband as his two primary ministries, and he’s very proud of Cassidy, his IT professional daughter, and Jackson, his seminary student son, plus the newest member of their family, Jackson’s fiancée Martha, who manages a small café. They are all in their 20s.

Brett has held jobs from the cubicle to the corner office. Armed with a degree in Psychology, Brett’s jobs over the years have included a counselor in a psychiatric ward, supervisor of a juvenile detention shelter, operations manager for a homeless shelter, and entrepreneur two times over in the financial services and software sectors—with a few additional stops along the way.

Brett joined Man in the Mirror in 2000, and has served as the president and CEO of Man in the Mirror since 2016. He has spoken to men and trained leaders for Man in the Mirror both in the U.S. and internationally. He co-authored, with Patrick Morley and David Delk, No Man Left Behind, which is now the basis for the ministry’s leadership training and discipleship coaching ministry.

Brett is a rock climbing enthusiast, which is tough living in Central Florida! He enjoys being active in men’s discipleship, and rooting for his Boston sports teams.