One of the foundations of our No Man Left Behind Model is what we call the Three Strands of Leadership: 1) the support and involvement of the senior pastor, 2) a passionate leader, and 3) a committed leadership team.

A ministry with this cord at its foundation has radical potential to impact men’s lives.

Tom is one of those men. He’d started going to St. Luke’s Lutheran Church in Oviedo, Florida, in 1993 as a student with his parents. “I was a Christmas and Easter kind of guy back then,” he remembered. Then in 2004, after the birth of his first child, he and his wife returned to St. Luke’s as regular attenders. For him, however, it was little more than their Sunday routine.

In 2018, Tom was invited by his longtime buddy, Greg, to attend a meeting for the men’s ministry Greg was starting based on our No Man Left Behind training. To be another body in the seat for his friend, Tom agreed.

As he felt the energy in the air and saw the other guys gathering excitedly, he thought to himself, What am I missing? That question gnawed at him and so he decided to attend again.

At each weekly “huddle” during discussion time, Tom recalled, “I always felt a little awkward because I didn’t have any experiences to draw from with my faith. I started asking, ‘What is my faith? What do I even believe?’”

He started soaking in the teaching, taking notes as he met with other men, and soon the gospel started to come alive! “The concept of Jesus dying for my sins had meaning for the first time,” he said.

A ministry with the three strands of leadership at its foundation has radical potential to impact men’s lives.Click To Tweet

Then in early 2019, he was invited to join a small group of men that meets with the pastors each week for sermon prep, discussion, and application. The pastors’ investment in the men proved invaluable to Tom, who recalled, “At 40 years old, it was finally clicking.”

During this same time, the church launched their men’s efforts churchwide with our Rock Solid Men event, attended by 90 men. Last January, they followed it up with The Playbook event, which created new small groups that have continued meeting this year, providing community during this challenging season of ministry.

They also adapted by moving—and growing—the weekly huddle to ZOOM. “We have younger guys in conversations with older guys,” Greg shared. “There’s a whole lot of wisdom being shared!”

THE BIG IDEA: Your investment as a leader matters more than you know, and the returns are eternal. 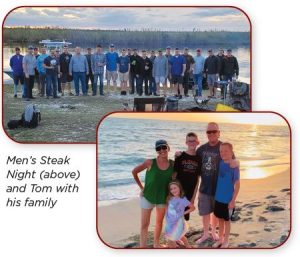 Using the No Man Left Behind Model and with the help of their Area Director, Pat Leupold, Greg has built a committed leadership team and group of allies in the church. They plan out spiritual growth opportunities, as well as fun activities like ax throwing, bonfires, and steak nights on the river to help guys deepen their relationships.

And as for Tom, today he leads that weekly huddle that changed everything.

“From 1993-2018, I’d just been sitting in the church building,” Tom said. “The ministry to men, led by guys I could relate to, was the catalyst that God used to make Him the single most important thing in my life now.”

Your investment as a leader matters more than you know, and the returns are eternal. Click To Tweet 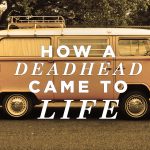 How a Deadhead Came to Life
All Posts 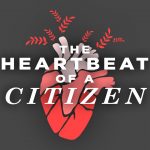 The Heartbeat of a Citizen