A Light in the Darkness

December 22, 2020 in Man in the Mirror Blog
FacebookTweetLinkedInEmailPrintShares88

It must have felt dark to Joseph. Newly betrothed to a young woman, his whole life lay ahead of him. And then devastating news: she’s pregnant. He knows the baby’s not his. Out of compassion, he plans to divorce her quietly, even at the risk to his own reputation. This was supposed to be a wonderful time in his life. A wedding, a new wife, a new life. Now what?

The wise men had to travel in the dark. Following a star they had first seen back in their home country, it led them onward. But since it was only visible at night, it meant traveling when it was most dangerous. Bandits, wild animals and roads that were not always well maintained were a constant threat. And they were tired of trying to sleep in the day so they could travel at night.

Joseph heard the snickers and sly comments behind his back. It was obvious that Mary has been pregnant before they were married. And although he cared about her enough to avoid public ridicule, he knew he had to divorce her. But an angel came in his sleep to tell him not to. There was no avoiding it. He would be a father to Mary’s first child, even if he was not the father of the child.

It was very dark on the hillside for the shepherds. And the dark was frightening. The job was dirty, low-paying and poorly regarded, but it was what they had. They were at the whim of the weather and of sheep that often wandered off or bleated excitedly, for no apparent reason. Most predators hunt at night, and every little noise outside of the flickering light of their fire made their hearts pound.

It was dark as Joseph and his new—very pregnant—bride walked into the little town. It had been slow-going with Mary being so close to giving birth, and Joseph had pushed them to arrive, not wanting to spend the night on the road. Now there was one inn, and it was full. Why wouldn’t it be?

Joseph felt like a failure as he helped his wife try and get comfortable in a bed of straw. His biggest fear was that the baby would be born in this filthy stable, but he searched for something he could use for the baby if he came, up off the ground and safe. He found a small feeding trough and set to looking for clean cloths to make a little bed.

The men couldn’t remember how long they’d been traveling. They were just following the light—the star. As long as the light was there, they knew where to go. So they just kept going.

Mary screamed. Joseph held her. Women from the town who knew what to do came to help. And when it was over, there was a beautiful, pink baby boy, peacefully lying in the makeshift bed Joseph had fashioned from a manger. He looked so… bright.

When it happened, it was more frightening than the sound of a pack of wolves, more beautiful than the sunrise marking the end of a long night, and louder than an entire herd of sheep bleating at some perceived threat. Suddenly the shepherds saw angels. Angels! And the sky was lit up, brighter than noon. They knew that had to go, right then!

The star stopped moving. It was still there, but stationary. They looked at each other and wondered, could this be it? And somehow they knew it was. They went into the little town under the star and followed the sound of a baby’s coos and cries. Stopping, they nervously pulled out the gifts they had brought all this way. They beamed as they handed the gifts to the startled parents of this child they had been searching for, sure that they would find him.

The God of Light

Jesus came into a dark world 2000 years ago and brought light. Expectation of His birth drove the wise men to follow a light in the sky. Angels filled the sky with light and sang of His birth to the least likely candidates in society. And the light of the world was born and laid in a makeshift manger-bed.

It’s not your imagination. The world is dark. It was dark 2000 years ago and it is dark today.

But we worship a God of light. He is a shining light, a revealing light, an ever-present light.

THE BIG IDEA: When things seem dark, the Light of the World still shines.

This Christmas, take some time to reflect on the birth of Jesus, the Light of the World. Read the verses below for your devotions this week, journal your thoughts based on the verses, and prepare your heart to celebrate the coming of Jesus Christ!

*In him was life, and that life was the light of all people. The light shines in the darkness, and the darkness has not overcome it. […] The true light that gives light to everyone was coming into the world. John 1:4, 9

*I have come into the world as a light, so that no one who believes in me should stay in darkness. John 12:46

*The god of this age has blinded the minds of unbelievers, so that they cannot see the light of the gospel that displays the glory of Christ, who is the image of God. 2 Corinthians 4:4

*For God who said, “Let light shine out of darkness,” made his light shine in our hearts to give us the light of the knowledge of God’s glory displayed in the face of Christ. 2 Corinthians 4:6 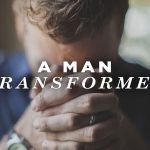 In His Own Words: A Man Transformed
All Posts 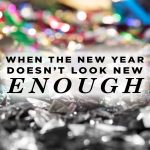