Sad clowns. That’s the term used to describe me and my peers. It’s not flattering.

As far as I know, it was coined in a Boston Globe article a few years ago about middle-aged male loneliness. A sad clown is a man of a certain age whose default agreeableness and readymade dad jokes mask his emotional isolation. A sad clown may be surrounded by small children and coworkers and even a kindhearted spouse, but inside he’s pretty much alone—and not talking about it. The world is full of  them.

You don’t have to be a father though. It’s an increasingly accepted fact that men don’t cultivate midlife friendships in the way that women do. Visit any restaurant with decent ambiance on a pre-COVID weeknight and you will find couples, a few families, and several ladies-night-out gatherings. You may find an occasional solo diner. What you won’t find is any gents-night-out groups. Chiefly because they do not exist.

Sure, there are the shoulder-to-shoulder outings of which we’re all aware—to the golf course and the football stadium and maybe the occasional rock club. But nothing where we’re looking at each other.

Late last year, the Washington Post interviewed a professor at the University of Maryland who has surveyed hundreds of men about how they commonly socialize with friends. Eighty percent of them said “sports”—either watching or participating in them together. 80%!

Which begs the question: In a period of limited sports—both the spectating and the playing—how are the vast majority of male friendships transpiring? Or are my peers simply lonelier than ever? Has the population of sad clowns exploded? The Post found some encouraging news, believe it or not:

In this time of unprecedented isolation, [NYU psychologist Niobe Way] said, many men may be forced to change the way they think about their friendships and to connect in new, deeper ways. “I think they’re being forced to for survival.”

[For example] in normal times, it never dawned on [one of the men interviewed] to ask one of his friends to go for a walk, just to chat, something his wife has been doing with her female friends for her entire adult life. In the past month, he has gone on three walks with male friends, and he plans on continuing to make it a regular thing, at lunchtime in Rock Creek Park. “It’s totally logical,” [he said]. “Why wouldn’t we do this?”

The traditional explanation for middle-aged male loneliness has to do with dueling forces of career competition, child-raising duties, and socialized pressures to avoid neediness. As another one of the experts in the article admits, “The rules for guys pursuing other guys for friendships are not clear. Guys don’t want to seem too needy.”

The law operating on middle-aged men—from one another and society more generally but also, as Brené Brown has observed, from the women in their lives—is Thou Shalt Be Needed But Never Needy. This, it would appear, is the root of vulnerability avoidance, stiff upper lip, and all that.

Put another way, however much we may outwardly encourage men to be open and honest about their feelings, ask any middle-aged man what happens when he risks as much, and he’ll describe the reflexive revulsion (or downright panic) that results. Our gut reactions don’t always agree with our convictions.

And yet, even as society has begun to tolerate male vulnerability, it’s still much more acceptable to admit that you’re anxious or depressed than lonely. You’ll notice that when it comes to our ideals of (masculine) success or maturity, there’s no mention of friendships. Thus, a great many sad clowns are driving fancy cars. Teslas even.

One thing that’s seldom mentioned in these reports is the Law of Middle Age itself. In Jonathan Rauch’s book The Happiness Curve: Why Life Gets Better After 50, he articulates the following unspoken imperative:

The sooner we can relinquish the myth that middle age is a time of maximum mastery, and that showing vulnerability or discontent indicates some sort of abnormal and alarming “crisis,” the more support, for ourselves and each other, we will be able to provide. As the suicide statistics suggest, lives depend on it.

The statistics to which Rauch is referring are the same ones mentioned in the Washington Post article, namely, the suicide rate in 2018 was 3.7 times higher among men than women—the highest at-risk group being middle-aged white men. (It’s probably no coincidence that this also tends to be the most unsympathetic demographic, culturally speaking, or at least the one whose complaints it’s most excusable to meet with indifference or disdain.) I shudder to think what the 2020 stats will look like.

A few months ago I noted that when my kids ask me in years to come how I survived the, er, growth experience known as 2020, I’ll be faced with a dilemma. Will I give them the proper answer, which is “by the grace of God and the kindness of your mother”? Or the honest answer of “by means of a near-lethal combination of outdoor exercise and extreme nostalgia”? Because that’s how I’ve muddled through. That and listening to the new Killers record on repeat.

At least that would’ve been the answer until a couple months ago, when the nostalgia trip started heading down some treacherous paths. It turns out there are only so many wax packs of Goonies trading cards a grown man can purchase before his kids start getting their feelings hurt.

So what about the other factor? Is outdoor high-intensity-interval-training really that potent a coping mechanism? The answer is no. I would’ve long since bailed had I been trying to do any of these workouts on my own, endorphins or not. The exercise is helpful and even fun, but it’s largely a pretense for the fellowship. (#mynameissoapbox)

Of course, fellowship is just a fancy word for friendship—with the other guys holding plank position next to you. Guys who need nothing from you except the occasional “spot” while doing pull-ups (oy vey the pull-ups …). Guys going through similar things, to whom you can relate on a non-professional level—erstwhile sad clowns every single one of them, just like me.

Call it a support group if you like, but a shared experience of hardship, however contrived, still does the trick of bonding us one to another in a non-superficial way. The physical component grounds you in the present and forces you out of your head for 45 minutes, clearing the decks for genuine (non-contrived) conversation and connection in the parking lot and beyond.

Such is the nature of true male weakness perhaps, that we need something to “do” in order to “be.” You can either fight or judge that tendency—in yourself and other men—or accept/forgive it and reap the benefits. I no longer care if this dynamic is socialized or essential; I only care that it is.

Clearly there’s a “seculosity” aspect at work when an exercise group provides what some would say the church used to (and could still, were we actually allowed to meet in person—zing!). But there’s something encouraging about that: the human need for connection is so strong that it will “find a way” when other avenues are closed down. The question is always whether or not the new avenue allows for grace of any kind or if it’s just sweat, sweat, and more sweat, moral or otherwise. And where do we experience grace more reliably than among and through friends?

Because that’s the actual tragedy of middle-aged loneliness: Life without friends starts to feel like one huge obligation. All law—noble and good and in many cases a privilege, sure—but no freedom.

Maybe that’s why I find it so comforting that Jesus wasn’t crucified as an old or a young man. Maybe he wasn’t so much at the height of his potency as down in the ditch of mid-life, identifying with the alienated and confused, sweating blood and hemorrhaging friends with the rest of us.

I can only assume that’s why Brandon Flowers’s 40-something paraphrasing of the story of the Prodigal Son in the song “Fire and Bone” has been such an anthem for me this past year. So much so that I’ll give him the final word here. Lord knows he feels like a friend at this point!

They say no one’s gonna save you
You’ve gotta make it on your own
But I called from the dark
And you picked up the phone
On my back in the raging blue
I looked up, and you cut right through

*Originally published on the Mockingbird blog December 2, 2020; used with permission. 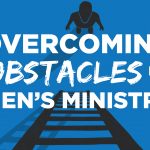 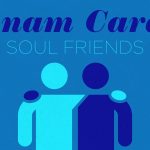