February 9, 2021 in Man in the Mirror Blog
FacebookTweetLinkedInEmailPrintShares63

At Man in the Mirror, we want to see every man everywhere become a disciple of Jesus Christ. A large part of that is helping the local church 1) be a safe place to land for hurting and seeking men and 2) have a plan for getting them connected to God and others.

But the “every man everywhere” isn’t dependent on the men’s ministry leader or pastor of a local church. Rather, it’s dependent on individual, regular guys deciding to bring others with them as they follow Christ.

But the “every man everywhere” isn’t dependent on the men’s ministry leader or pastor of a local church. Rather, it’s dependent on individual, regular guys deciding to bring others with them as they follow Christ.Click To Tweet 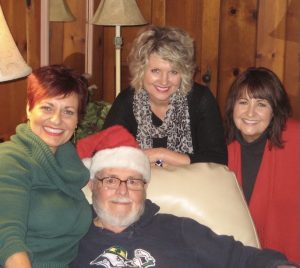 Kerri (left) with her dad and sisters

In her own words, Kerri shares what made her dad, James “Jim” Byers, not just a wonderful father to her, but a spiritual father to many, including her husband.

In 1978 when I was 14 years old, my mother had begun to seek a deeper faith and she decided we needed to explore other churches.

Our family’s first venture into deeper faith was with visiting young missionaries from The Church of Jesus Christ of Latter-day Saints. We entertained them in our home for a couple of weeks, listening and getting to know them, until my father declared this was not for us—something just didn’t sit right with him.

We finally ended up attending an Assemblies of God church. During the second week we attended, my father surrendered to Christ. Soon after, he experienced a physical healing.

In those early years of his discipleship journey, it seemed everything went through a conversion! I noticed almost immediate changes in him; his language changed, he stopped drinking alcohol, and I’d see him read and study his Bible every day. He ensured that each of us four children attended church weekly. He began giving to the church, as well as to any group that he knew was doing God’s work!

I remember my dad loved to sing old hymns. On Christmas mornings, before we’d open gifts, we’d sing worship songs together, read the Christmas story, and take communion as a family—a tradition we still enjoyed a decade ago as his children and grandchildren gathered in his home.

As his daughter, I saw fruit in those early years and throughout his entire life—love, joy, peace, patience, kindness, goodness, faithfulness, gentleness, and self-control. I always knew I had a godly man praying for me and standing in my corner. 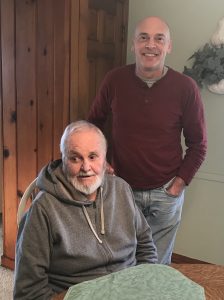 Jim with his son-in-law, Chuck

But perhaps most significantly to me was that he became a spiritual father to my husband, who modeled his roles as husband and father after my dad. He taught him how to love God, love his family, and be generous.

My life and the lives of my children would have been very different had my dad not been the greatest role model to my husband.  When my dad went to glory last November after getting COVID-19, my husband grieved my father’s death as much as his own father’s.

And it wasn’t just my husband whom he poured into. He mentored younger men in all of the churches that he attended over his 42 years of faith. My parents were definitely “fellowshippers”—they loved having young people in their home to share a meal and talk about Jesus!

He was intentional in all of his relationships. Even until his last days on earth, he prayed every day for his family, friends, pastors, and those in authority. He lovingly invested in each of his grandchildren’s lives.

I talked with my dad on the phone every day for the last 20 years, and I miss the sound of his voice and the wisdom he imparted to me. My father was the most generous man, and he has enriched my life.

To go and make disciples, you don’t need to wait for a spot to open on the church leadership team, or complete your seminary degree, or organize a nonprofit.

You can disciple the men God has placed around you, right where you are—whether it’s your neighbor, the young couple visiting at church, your new son-in-law, the guy in the cubicle next to you at work, or your grandchild.

Through your friendship, example, and intentional investment in other men, you can leave a legacy that enriches lives not just here, but for eternity.

Are you looking around you for men to disciple? If not, what are you waiting for?

THE BIG IDEA: You can disciple the men God has placed around you, right where you are.

Through your friendship, example, and intentional investment in other men, you can leave a legacy that enriches lives not just here, but for eternity.Click To Tweet 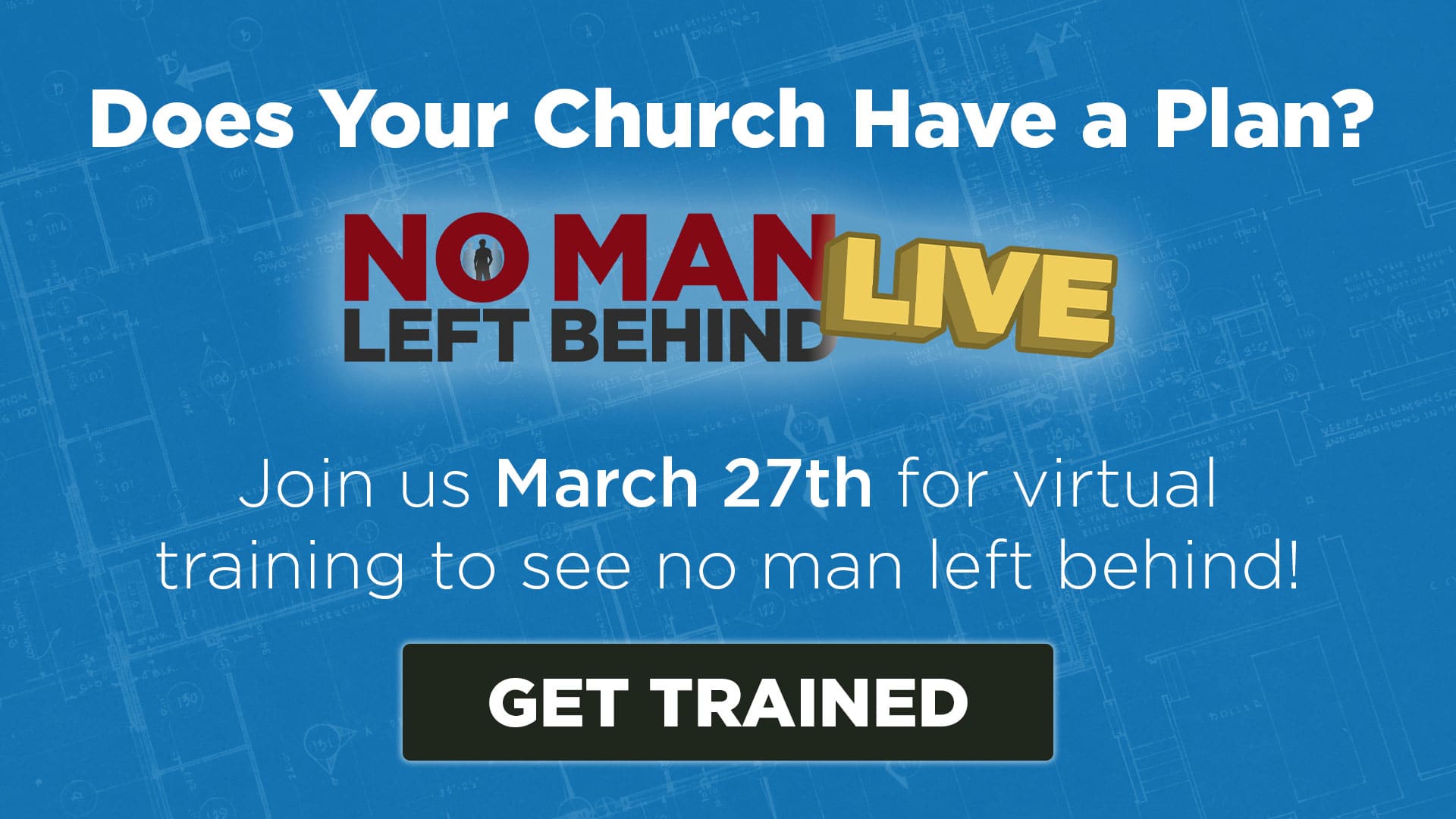 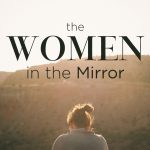 The Women in the Mirror
All Posts 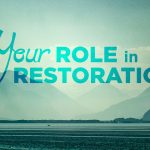 Your Role in Restoration