How God Taught a Man to Deny Himself

If the events surrounding Jesus’ crucifixion had been a final exam, the twelve would have failed. However, one man stepped up. John called him a “secret disciple.” How did his silence give way to boldness and self-interest to self-denial? 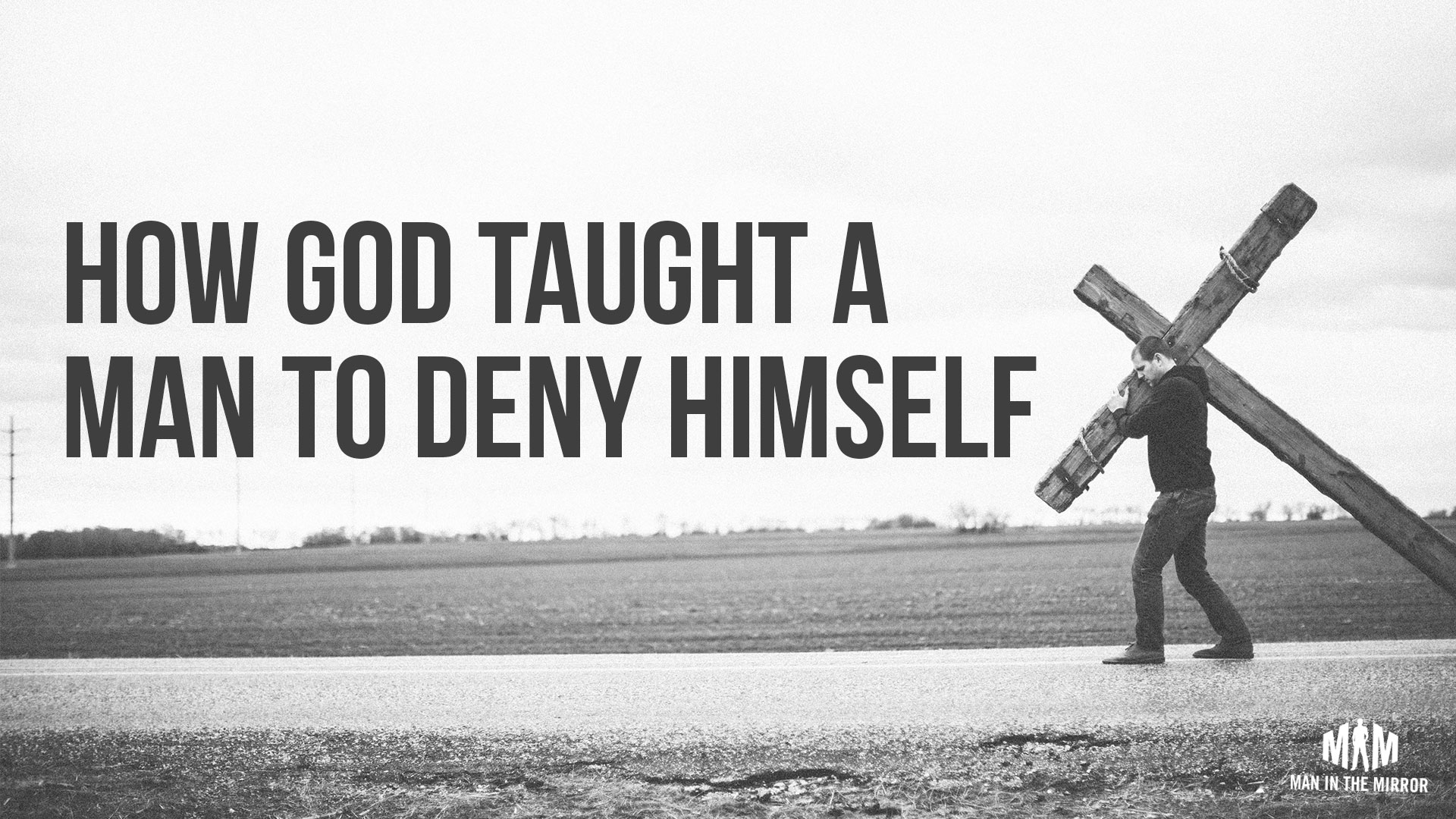 “Later, Joseph of Arimathea asked Pilate for the body of Jesus. Now Joseph was a disciple of Jesus, but secretly because he feared the Jewish leaders.” John 19:38

When you consider the events surrounding Jesus’ crucifixion and resurrection, the twelve did not fare well. Judas betrayed Jesus. Peter denied Him. The rest of the disciples fled. If this had been a final exam, they all would have failed.

One man, however, stepped up. He was not some superstar, hotshot disciple. Unknown in discipleship circles until that first Good Friday, this was Joseph of Arimathea. John called him a secret disciple.

But that day, his previous silence had given way to boldness. At the most critical and dangerous of moments, secrecy turned into sold-outness.

Jesus said, “Whoever wants to be my disciple must deny themselves and take up their cross and follow me” (Mt. 16:24, emphasis added).

That is what Joseph did. He said “no” to his own selfish, self-preserving desires and “yes” to God. He chose doing the Lord’s will over his own.

Do you struggle to deny self—to give up your desires and follow Christ? If you have been timid or resistant in the past to doing the will of the Savior more fully, it does not have to define you going forward. You can change the narrative by God’s grace. You can learn self-denial when you understand the secret of Joseph’s transformation.

THE BIG IDEA: God teaches you self-denial by placing you in situations where you must deliberately choose between loving Jesus or loving yourself.

The Process of Self-Denial

Self-denial for the cause of Christ is first and foremost a heart issue. Joseph loved Jesus and embraced the gospel of the Kingdom that Jesus preached (even though at first, he was afraid to show it). Mark says he was, “waiting for the Kingdom of God” (Mk. 15:43).

That love was on full display as he cared for the body of Jesus. After all, when you truly love someone, you want to be there in their final moments; you want to make sure they are given a proper burial. That was Joseph. He wrapped Jesus’ broken body according to Jewish custom and placed it in a tomb.

Joseph, unfortunately, also loved Joseph. (We have a similar problem!) That is why he was a disciple secretly, “because he feared the Jewish leaders” (Jn. 19:38)—namely the Sanhedrin or Jewish ruling council, of which Joseph was a prominent member (Mk. 15:43). He undoubtedly feared what he would lose if he publicly proclaimed himself a Jesus follower: his position, power, prestige, and friendships.

We are not told why Joseph chose this moment to go public with his faith, but I strongly suspect it had to do with the cross. Isn’t that the reality that grabs you, too? Seeing the Lord suffer the agony of the crucifixion—and knowing the Sanhedrin had a part in it—had to affect him deeply.

Jesus said, “Greater love has no one than this: to lay down one’s life for one’s friends” (Jn. 15:13). It is a truth that cuts both ways. He, in love, gave Himself for you. You, in love, ought to give yourself back to Him. If denying yourself for Jesus seems too hard, take some time to reflect on Calvary. Remember, He did it for you.

The Pathway of Self-Denial

Love for Christ must not only be present in the heart, but also reflected in our actions. God will place you in situations where you must act—deliberately making a choice between loving Jesus or loving yourself. It is in the right choosing that the self dies.

Joseph made deliberate choices that day. He chose to act. In his actions, we see five ways that we, too, can walk the pathway of self-denial.

1) Choose to do the hard thing.

It began the night before when, in the Sanhedrin, Joseph did not agree to their decision to ask for Jesus’ death (Lk. 23:51). It continued the next day when he went to Pilate asking for the body of the Lord (Mt. 27:58). That was no easy task. By exposing himself to Pilate’s questioning, he risked possible arrest as a Christ follower.

2) Choose to step into the void.

Joseph saw a need that apparently no one else was willing to fill. If not him, who would have cared for the body of Jesus? Denying self often happens when you step into those vacant places.

What is the void around you that no one else—maybe not even you—wants to fill? What is the need in your neighborhood? In your community? In your church? What is tugging at your heart? It may just be the Spirit saying, “Here’s the chance to get out of your comfort zone and deny yourself for my sake.”

Denying self often happens when you step into the vacant places that no one else is willing to fill.Click To Tweet

Nothing quite tests your self-denial like having some skin in the game. Joseph bought the burial cloth and donated the new tomb in which he buried Jesus (Mk. 15:46, Mt. 27:60). He placed his resources at the Master’s disposal. He was now all in!

Are you personally invested in the gospel and discipleship? Have you put your time, talents, and treasures at Jesus’ feet? One way to untangle the selfishness that often envelops us is to devote our resources to Kingdom purposes. “For where your treasure is, there your heart will be also” (Mt. 6:21). Your treasure—however you might define it—and your heart are not far separated.

4) Choose to be inconvenienced.

Numbers 19:11 reads, “Whoever touches a human corpse will be unclean for seven days.” By handling the body of Jesus, Joseph became ceremonially unclean. This happened during Passover. The next day was the Sabbath. He could not participate in either of those now because of his uncleanness. Later, he would have to go through the detailed process of ritual cleansing.

When was the last time you denied yourself by being inconvenienced? One cold morning years ago, while working for FedEx, I came across a homeless man asleep near a dumpster at one of my deliveries. The Lord presented me with a choice: keep moving and stay on time or buy that man breakfast and risk falling behind in my work. I struggled with that decision before finally yielding to God.

We like our schedules and plans. It can do a person good to be inconvenienced.

When was the last time you denied yourself by being inconvenienced?Click To Tweet

5) Choose to walk the way of self-denial with another.

Joseph was not alone that day. “He was accompanied by Nicodemus” (Jn. 19:39), the same man who met Jesus under cover of darkness in chapter three of John. Maybe it was Nic who told Joe about Jesus!

It is always better to do the Christian life with others. It will deepen your commitment and accelerate your growth. You were not meant to walk with Christ alone.

There is encouragement, strength, and motivation to do the hard things when you’re regularly in the presence of other Christ followers. Who are you connected to in discipleship? Do you have a friend or small group that you are faithful to who will hold you lovingly accountable? Who are you challenging and encouraging?

God teaches you to deny self by placing you in situations where you must deliberately choose between loving Jesus or loving yourself.Click To Tweet

The Payoff of Self-Denial

As hard as self-denial may seem, you cannot outgive God. Whatever sacrifices you make pale in comparison to the blessings received either here or in eternity. The Lord is just that good.

For that reason, the cost of not following Christ is always greater than the cost of following Him. God will honor the one who honors His Son.

The Lord honored Joseph by allowing his one act of self-denial to fulfill Old Testament Scripture. You can read it in Isaiah 53:9.

Not only that, but his actions were also recorded in all four Gospels. To this day, people still talk—and read—about him. And it was all because of God’s grace at work in this man’s heart and life. Even a secret disciple can be changed into a sold-out one and play a role in God’s Kingdom purposes!

What is holding you back from a life of self-denial in following Jesus? Maybe it is time to let your love for Christ really show that you are His disciple.

Joseph’s name means, “may He add.” Today, may the Lord add more men who will deny themselves and boldly follow Christ like Joseph of Arimathea. 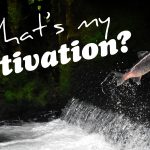 What's My Motivation?
All Posts 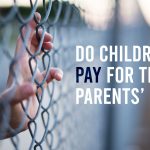 Do Children “Pay” For Their Parents’ Sin?