The Role of a Christian Man in Our Culture

NOTE: This weekly post—the ninth of ten—is adapted from The Christian Man and syncs to the currently available episode of “The Christian Man” Online Bible Study series. Join us online for an inspirational journey to help you become, or affirm you as, the man God created you to be. Become part of The Christian Man Mentoring Experience.

In the fable of “The Wise King,” Kahlil Gibran tells about a powerful, wise, and much-loved king who lived in a distant land. In that land was a single well from which all the people had to draw their water.

One night a witch poisoned the well so that all who drank the water would become mad.

The next morning, all the people of the land, except the king and his ranking official—his “lord chamberlain”—came as usual to drink from the well and did indeed go mad.

Throughout the rest of the day, the people whispered to each other, “The king is mad. Our king and his lord chamberlain have lost their reason. Surely we cannot be ruled by a mad king. We must dethrone him.”

That evening, the king had water from the well brought to him, and he and his official drank it, becoming mad as well.

And the people rejoiced because their king had regained his reason.

Like in Gibran’s fable, we increasingly live in a peculiar culture where facts and reason are subjective. Our culture is constantly shifting.

If the issues facing our culture could be solved with simple logic, they would have been resolved by now. As in the fable, there is poison in the water.

I know you care about the issues ripping at our culture. No doubt you’ve wondered, What can I do? I’m just one man. It can be difficult for the Christian man today to know how he should interact with today’s culture.

The big question for the Christian man about culture is, “Where in my community is my influence as a Christian needed most?” It could be any of the issues already mentioned or something else, such as addiction, teen pregnancy, or serving single moms. But where is there a strong and obvious need for God’s love and power? That’s where you’re needed.

Once identified—and this is the big idea for this chapter—God wants each of us to go find some unredeemed corner of culture and claim it for the glory of Christ. This idea goes to the heart of both the cultural mandate and the Great Commission.

The good news is that by examining Jesus’ example and activating the biblical principles in this chapter, men around the world are engaging and influencing culture through service and love for the glory of Jesus Christ—and you can, too.

You may already be in the game. If not, this is your invitation to suit up and take the field.

For a plethora of ideas on how you can personally engage culture, look at this chapter in The Christian Man, The Christian Man Coaching Guide (free download), and/or check out the Man in the Mirror Bible Study on “Culture”. 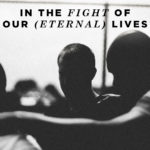 In the Fight Of Our (Eternal) Lives
All Posts 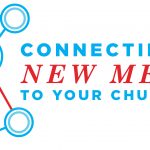 Connecting New Men to Your Church