guy • wire   Noun—a cable that attaches as a brace or guide; adds stability to a free-standing structure.

Recently, we’ve been sharing case studies of churches that are using our resources to reach and disciple men. This week, we’re looking at Guywire, a ministry of North River Church in Massachusetts.

When men’s leader Derek of Guywire ministry saw our blog post about the “Create-Capture-Sustain” discipleship engine, he wrote to us to let us know how that concept revolutionized their church’s ministry to men! 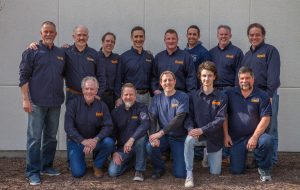 It started a decade ago when Derek and some other men decided to gather in the church basement to read the book No Man Left Behind. “We had nowhere else to meet, so we were just down there together discussing the book,” he recalled.

Energized by the No Man Left Behind Model, they approached church leadership with their ideas. “From the start,” Derek recalled, “we had pastors who gave us a lot of room to run. And it set us up for victory.”

Armed with a vision to disciple men and using the Create-Capture-Sustain concept from the Model, they began doing a men’s conference around an annual theme, using it as a springboard to launch attendees into 40 days of study, where men participate through group studies and get daily email encouragement.

Then they follow the studies up with further discipleship opportunities. In this way, they’re able to sustain year-round momentum.

When COVID-19 hit this year, they adapted by moving their conference online, basing it on the theme of Understanding. Using Zoom, they taught and held breakout sessions for discussion on understanding and applying the parables, with a focus on the conditions of their hearts. They also repurposed a previous study on Hope to help guys stay connected and growing during a season of widespread discouragement.

In addition to the Create-Capture-Sustain process, they also took to heart from No Man Left Behind the need to build leaders. As a result, they started Advance, a ministry to foster and mentor new leaders. The nine-month program is built around one mentor walking through various curriculum with two mentees, and they’ve used several Man in the Mirror studies over the years.

With about 30 guys going through the program annually, what started as a vision for men’s leadership has become the pipeline for leaders churchwide. “Advance serves as leadership development for the whole church,” Derek said.

But God had further plans for Guywire still. Several years ago, Derek and some buddies from the church went hiking in the White Mountains. It ended up being a weekend of real spiritual growth. So the next year they decided to go again, and eight men came. The third year, 20 showed up. “That’s when we realized we had something here,” he remembered. “It was very organic the way God started it. He surprised us and started changing our vision to be more outward focused.”

The hiking ministry—called Epic Hike—of Guywire attracts men from all over. The weekends include spiritual discussions and devotions, and over the years, they’ve become more missional, with the addition of a service-project component.

“It was very organic the way God started the hiking ministry. He surprised us and started changing our vision to be more outward focused.”Click To Tweet 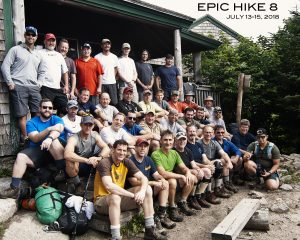 In 2018, 35 men went on the trip. For the first time, they included a full worship service in the mountains. One man had invited his cousin to come, who wasn’t a believer. His cousin listened to the other men talk about Christ all weekend as they hiked.

On the last day, per tradition, they all jumped in the river on their way out. Right then and there, the cousin asked to be baptized. He was baptized in the river, with his new brothers surrounding him—serving as guy wires to brace him and add stability.

Guywire is always looking for new ways to impact men. This year, after much discussion and prayer, they launched a leadership development program. It’s been exciting to see how God is already using their behavioral-based approach with a biblical foundation to help other ministries and businesses succeed. They look forward to the next steps with their new venture!

Recently, Derek and the team were reminiscing on those early days in the church basement. They recalled reading the following sentences in No Man Left Behind (pg. 19):

It can take up to ten years to build and sustain a successful men’s ministry. That’s right. Ten years. As Richard Foster said, “Our tendency is to overestimate what we can accomplish in one year, but underestimate what we can accomplish in ten years.” There’s just no such thing as an overnight men’s ministry success story. If you stick with it, eventually you’ll look around your church and see men who are disciples and leaders.

At the time, they’d scoffed at that section, thinking how crazy that was—to imagine committing 10 years of their lives to this.

They just celebrated their tenth year of ministry to men.

“Looking back,” Derek said, “if you want to make it 10 years, God better be driving it!” When they consider the twists and turns, it’s obvious to them that God has been driving their ministry the whole time, taking them in directions they’d never imagined along the way.

They just selected their ministry theme for 2021: Praise. They look forward to this time of giving thanks to God—“a recalibration” as Derek called it, following a tough year for many of their men. They want to help men reflect on what God has done and celebrate together out of grateful hearts.

“If you want to make it 10 years in ministry, God better be driving it!”Click To Tweet

Guywire is just one of the many ministries truly living out “no man left behind.” At Man in the Mirror, it is a privilege to work with leaders like you who are discipling men who can then serve as guy wires for others, supporting and strengthening them in Christ.

THE BIG IDEA: There’s just no such thing as an overnight men’s ministry success story. But if you stick with it, eventually you’ll look around and see men who are disciples and leaders. 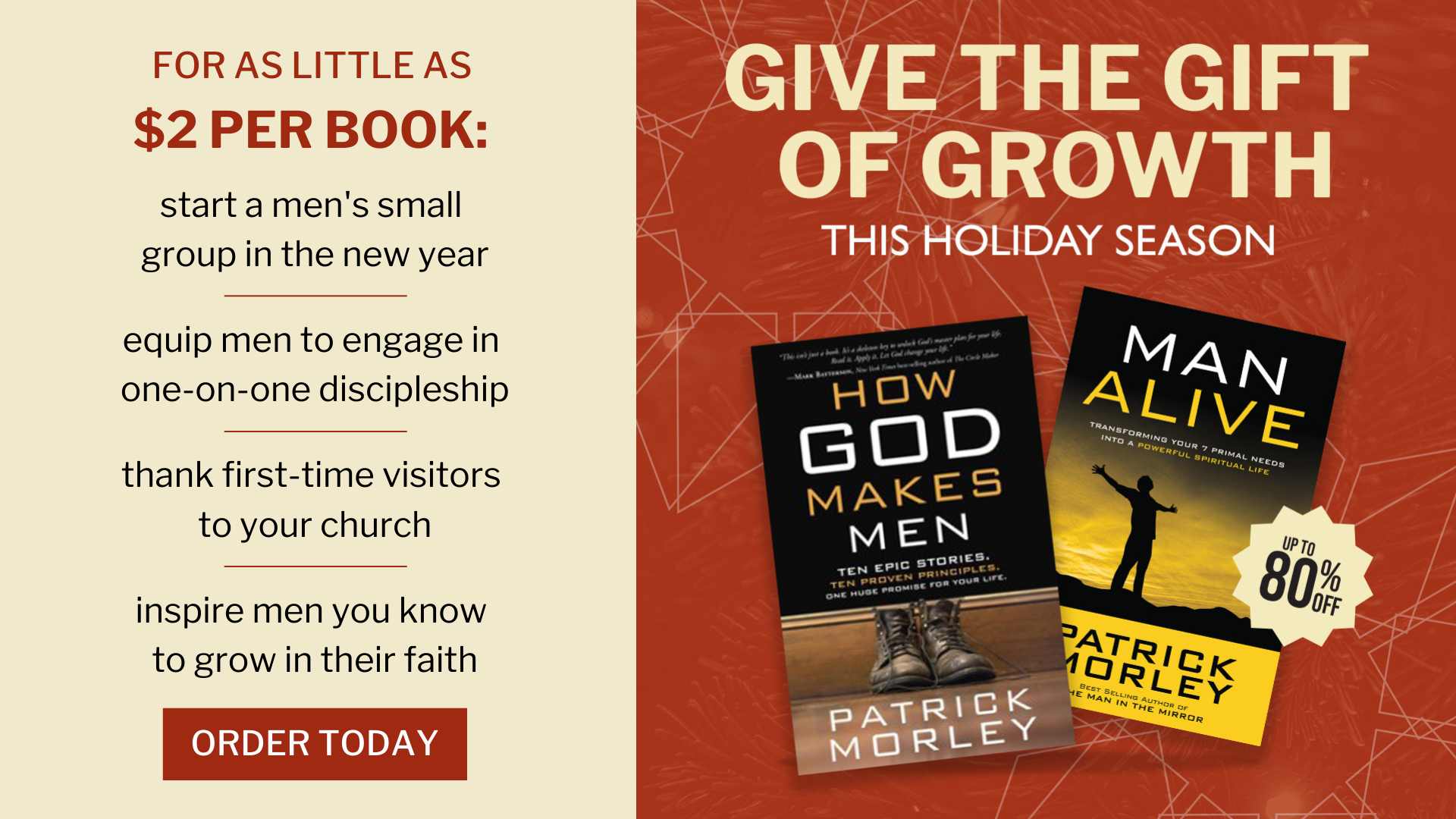 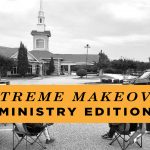 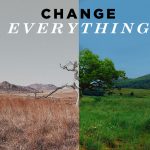