We meet two types of dechurched men: the church casualties who’ve been hurt or turned off in a significant way, and the casually dechurched who’ve just gradually stopped going. We can chart a better path to not only pursue them, but walk with them. 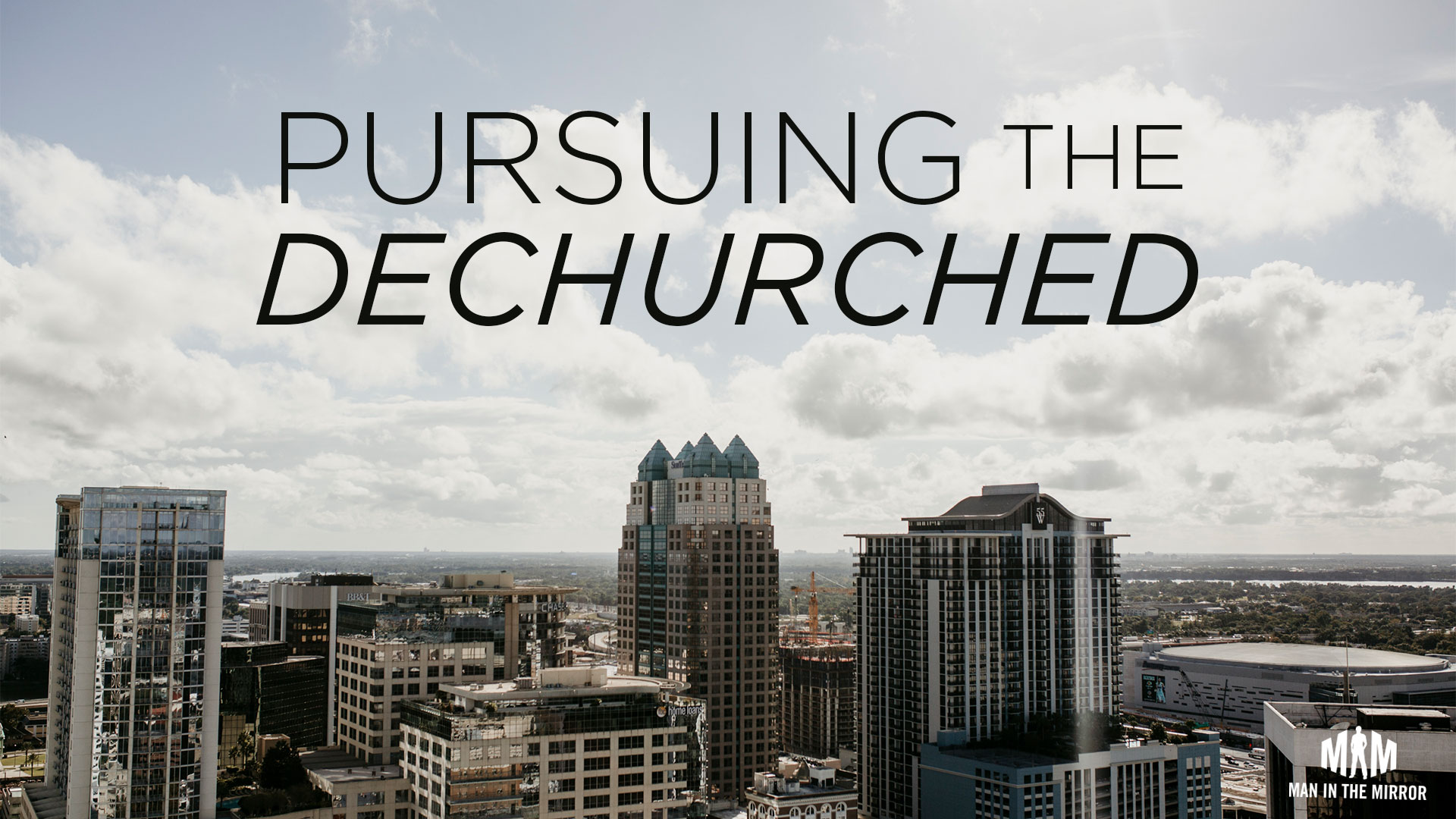 The greater Orlando area comprises seven counties. According to Barna, 42% or nearly 2 million people in the area used to go to church, but no longer do. Some of them have left the church but still hold orthodox Christian views, and some have de-converted entirely.

Ultimately, I write today as a student, not an expert. As leaders, if we are going to help people return to the church, we first need to understand what’s driving them away. Then, what changes can we make without compromising any of our doctrines?

Preliminary research is showing that we are likely living in the greatest religious shift away from Christianity in our country’s history. The downstream impact of this current shift is nearly incomprehensible to those of us who have only lived within a largely Christian culture.

While I care most about the individual souls leaving the church, I also realize that the erosion of the institution of church will radically change the very fabric of our society.

If we are going to help people return to the church, we first need to understand what’s driving them away.Click To Tweet

If you’ve lived in Europe, you’ve seen this. After I became a believer in college through the ministry of CRU, I moved to Italy as a missionary and church planter for five years. Italy, like much of western Europe, is a post-Christian place, as the number of people who don’t attend church vastly outweighs those who go even just a couple times per year. I’m not saying the future is nothing but darkness and evil, but I am saying that, on our current trajectory, it’s not bright here in America, humanly speaking.

And it’s much harder to share the gospel in a post-Christian environment, because they think they already understand it when they don’t.

That’s why it’s imperative that we ask the hard questions now, before these younger generations join the ranks of the “nones” and “dones” of religion. I don’t want this to be my kids or my grandkids one day, searching for the good news that we have while we struggle to share it in a meaningful or relevant way.

Making Space in the Church

My family moved back to Orlando three years ago. We want to give ourselves to this community and to the pursuit of the dechurched. We want to learn to engage them in a manner that isn’t self-righteous or condescending, but rather empathetic and open to hearing their experience with the church and even doubts about the faith.

The more young people I talk to (that very statement makes me feel old), the more I hear repeated themes that are worth leaning into as a church—themes related to how we interact with one another about issues such as race, sexual ethics, politics, abuse, leadership, and more.

Increasingly, young people don’t feel there is appropriate space for these discussions within the church—or that the church just doesn’t have answers. And they aren’t always wrong for thinking that.

Where do we want them to go with their sincere questions, passions, and burdens if not the church? We should be the safest place!

Last year, I hosted a podcast conversation with Christian leaders around topics that people care about but don’t typically feel they can discuss within the church. The conversation was charitable, reasonable, thoughtful, and biblical. This podcast was made for our church, but it gained a larger audience than we had anticipated, and it caused some turmoil for those who either didn’t like what I had to say or preferred that I just don’t speak on those topics.

Where do we want young people to go with their sincere questions, passions, and burdens if not the church? We should be the safest place.Click To Tweet

But what happened over the following months was very interesting. We lost a lot of people in our church, but our attendance grew. And that growth was mainly from young people.

I believe that when we make space for honest conversations from the Bible, young men and women show up. They weren’t looking for a polished look or flashy show; they were looking for authenticity and sincerity.

If you come to our church, you would see that our worship is pretty simple. Historically, our church has struggled to see conversions. In the past ten years, I’m not aware of someone we baptized who wasn’t biologically related to us or the occasional foreign exchange student.

But now we are. In a few weeks, we will baptize a young woman who did not know the gospel before January of this year. She understands the true gospel and knows the True Christ.

I remember initially talking to the person who first shared the gospel with her and one of his initial questions to me was, “But she lives with her boyfriend. What do I do about that?” My response was simple: “Just tell her about Jesus.” We can deal with things like a sexual ethic later. Right now, she just needs Jesus.

Patrick Morley often says, “Our goal isn’t to fix behavior; it’s to don’t fix behavior.” We trust that the Holy Spirit will bring conviction where it’s needed. And sure enough, a short time after that young woman placed her faith in Christ, she said, “I’m starting to reconsider things in my life that I’ve never felt like were wrong, like living with my boyfriend.” And no one had ever even brought that topic up with her. The Holy Spirit was doing His work.

By God’s grace, our very ordinary church is slowly changing and growing in our understanding of how to walk with the dechurched, unchurched, and searching. It’s messier than it used to be, for sure, but it’s progress that I wouldn’t trade. On December 5th, we will welcome two new members to our church who have been dechurched for almost a decade.

I believe that whether or not we make space in the church for people with different backgrounds, experiences, and thoughts about current social issues will determine much of our path forward. It comes down to our ability to differentiate, really, between the primary and secondary.

The primary for every Christian within the local church, I hope, is the gospel. The life, death, and resurrection of Jesus.

When we instead make a secondary thing a primary thing, it—at best—brings disunity, and—at worst—drives people away.

When we in the church make a secondary thing a primary thing, it—at best—brings disunity, and—at worst—drives people away.Click To Tweet

But I believe things can change.

A New Path Forward in Pursuit of the Dechurched

There seems to be a great filtering going on right now in the American church. Nominal Christians are being sifted out, and those who remain have the opportunity to commit to being learners and lovers of people.

One way I am getting that opportunity to learn myself is through my involvement with Mirror Labs, the new research and development division of Man in the Mirror, as we work and learn together to shape how we reach people in the future.

It’s more and more clear that simply telling people information about the Bible isn’t working the way it did in the 20th century; the new apologetics for those in their 30s and younger is the tone and heart of a counselor—someone who cares about them within the context of a relationship. And in this context, we teach the Bible and share the gospel.

During my time in Italy, we quickly realized that the order we typically have done evangelism and discipleship in America is exactly the opposite in a post-Christian culture. Here, we tend to share the gospel, show someone scripture, and then build relationships.

But there, we had to deeply invest in relationships long before we saw gospel fruit. And it’s the only way we saw anyone come to a true faith in Christ. Then, once they did, it was amazing to watch.

I enjoy fishing, and it reminded me of when you drift fish out in the ocean. Suddenly, you just see the line go. It’s happening! You just flip the bail. That’s how it was there. All of a sudden, after investing in them personally, the line would just go. They’d start reading whole books of the Bible on their own. They were unable to get enough. They were caught—not by me, but by Jesus!

We can and should adopt that mindset and approach here, too. When it comes to reaching young men, we must build the relationship first. Plugging into a local church will often be the last thing that happens for men in their 20s and 30s. The front door for them is unlikely to be Sunday morning; it’s going to be the relationship.

For young men, the front door to church is unlikely to be a Sunday morning service; it’s going to be a relationship.Click To Tweet

Whether the young men we encounter are church casualties—those who have been hurt or turned off in some significant way—or casually dechurched who just gradually stopped going, the relationship is the key. That will be the approach that reconnects them to the heart of Christ and to the body of Christ.

I see the trends; I see the numbers. But as a pastor, I have to tell you I’m excited for the future. I think the church is being purified and that there is ground here for another spiritual revival to spring up in our lifetime.

The reality is that we already know the church will be victorious. We know the end of the story. Now we get to decide what role we’ll play in it.

THE BIG IDEA: Only through relationship can we reconnect the dechurched to the heart and body of Christ. 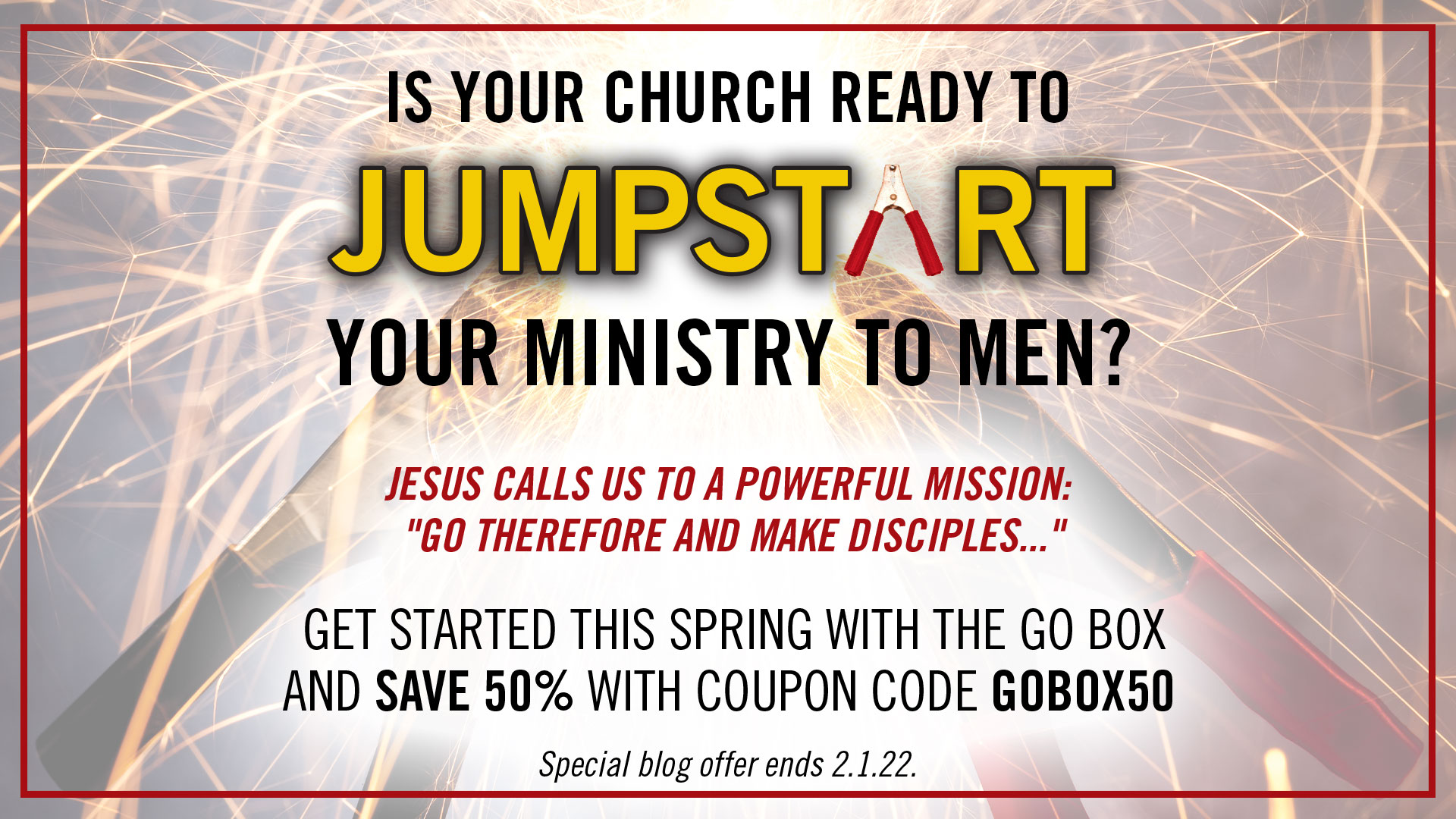 The Goal of Self-Reflection
All Posts 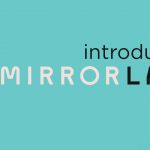 Innovating the Future Through Mirror Labs