Paul wanted Timothy to remember and build his life around Jesus Christ. So who is Jesus? A moral teacher? A prophet? A legend? And why does it matter? Those answers formed the core of Christianity then, and they still form the core of our faith today. 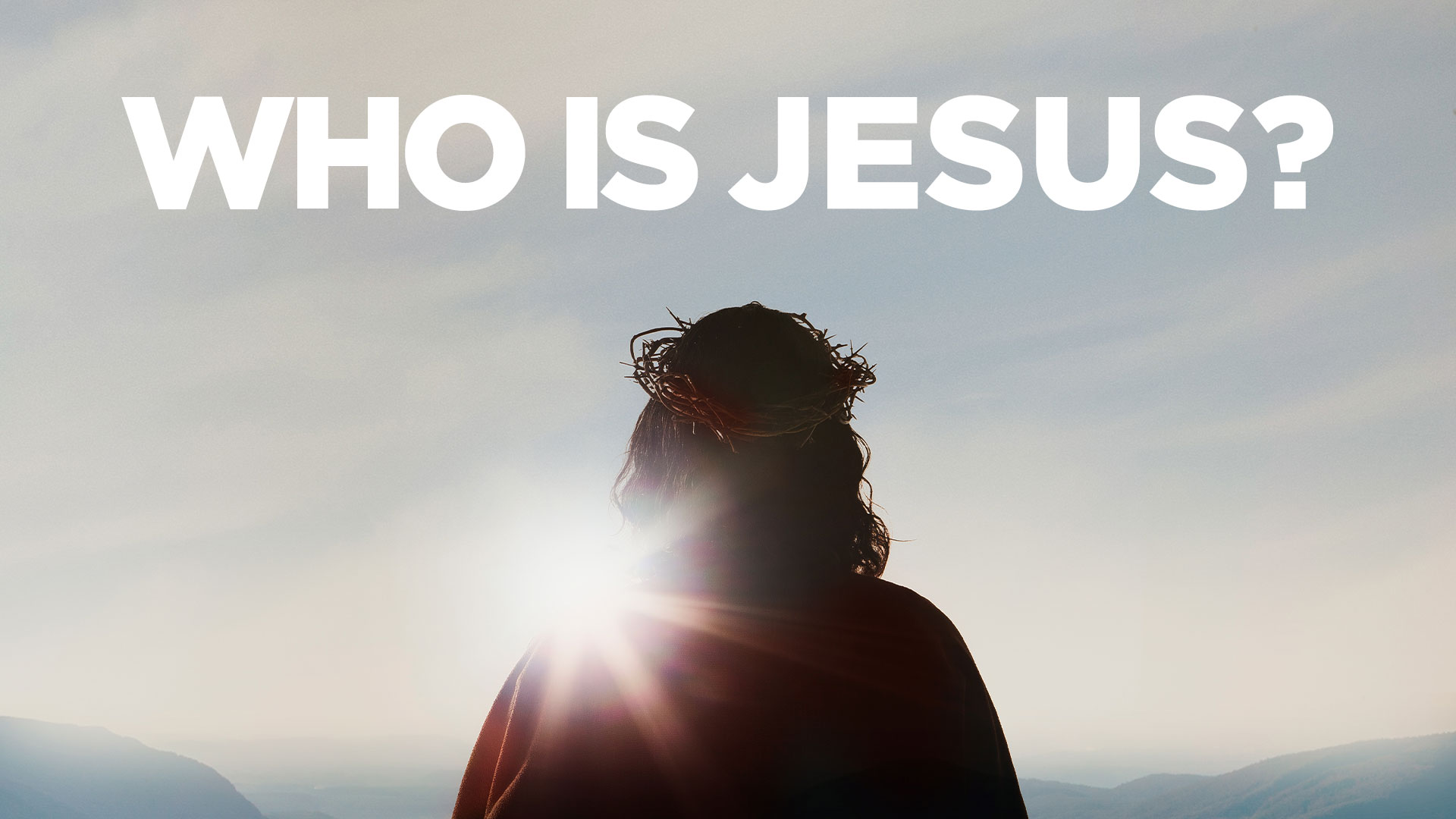 Over the last several weeks, we’ve been taking a close look at the letter of 2 Timothy both on the blog and in our video Bible study. Read previous articles in this series here.

Paul is writing from prison, and in chapter 2, verses 8-9, he writes:

Remember Jesus Christ, risen from the dead, the offspring of David, as preached in my gospel, for which I am suffering, bound with chains as a criminal. But the word of God is not bound!

Overall, Paul’s main point here is to remember that Jesus is central to what we believe. Paul said to the Corinthian church, “For I decided to know nothing among you except Jesus Christ and him crucified” (1 Cor 2:2). And later in that same letter, Paul says that “if Christ has not been raised, our preaching is useless and so is your faith” (1 Cor 15:14).

So who is Jesus? Paul gives us three facets of Jesus’ identity in just a few short words: Jesus is Christ (His role); Jesus is risen from the dead (His divinity); and Jesus is the offspring of David (His humanity).

The first aspect of Jesus’ identity in this short sentence identifies Jesus’ role. “Christ” is not Jesus’ last name, but rather a title that designates the role in history that Jesus plays.

The word christos in Greek means anointed one. The equivalent word in Hebrew is mashiach, from which we get the word messiah.

Throughout Scripture, there were people in three roles that were anointed: prophets, priests, and kings. You can see how Jesus fills all three of these roles in Hebrews 1—

Jesus’ role as the anointed one shows that He is the promised One from Scripture, foretold by the prophets, to bring salvation to His people. “Remember this,” Paul is saying to Timothy. “Jesus is the long-awaited Christ.”

This is important to us today because it shows that God had a plan all along. When Adam and Eve sinned in the garden, God already had a plan for the redemption of His people. It was “the seed of the woman.”

Jesus was anointed, not when He showed up in a manger in Bethlehem or when He was baptized by John the Baptist or resurrected from the dead. He was anointed by God before time to bring salvation and redemption to God’s people. We are part of that plan. Praise God for His plan to save us before the dawn of time itself!

Jesus, Risen From the Dead: His Divinity

Next, Paul reminds Timothy that Jesus is “risen from the dead.” Only God has the power over life and death, and this is an example of Jesus’ divinity. But it’s not the only example.

John opened his Gospel with:

All the earliest followers of Jesus understood Him to be God. But more importantly, it was asserted by Jesus Himself. John records a discussion in which Jesus’ words stunned and angered the Jewish leaders:

So the Jews gathered around him and said to him, “How long will you keep us in suspense? If you are the Christ, tell us plainly.” Jesus answered them, “I told you, and you do not believe. The works that I do in my Father’s name bear witness about me, but you do not believe because you are not among my sheep. My sheep hear my voice, and I know them, and they follow me. I give them eternal life, and they will never perish, and no one will snatch them out of my hand. My Father, who has given them to me, is greater than all, and no one is able to snatch them out of the Father’s hand. I and the Father are one.” (John 10:24-30).

When Jesus refers to his sheep, Psalm 23 would’ve come immediately to the minds of the listeners: “The Lord is my shepherd…” With the statement, “My sheep hear my voice,” Jesus is in effect saying, “I am the Lord.”

This would’ve riled the crowd up for sure, but his last statement—“I and the Father are one”—would have enraged them!

Those who believe that Jesus was a great man and teacher, but not God, must somehow ignore all the statements He made like this one.

In the 1800s, the Scottish Christian preacher John Duncan referred to this challenge as a “trilemma” in his written work, Colloquia Peripatetica:

Christ either deceived mankind by conscious fraud, or He was Himself deluded and self-deceived, or He was Divine. There is no getting out of this trilemma. It is inexorable.

Those who believe that Jesus was a great man and teacher, but not God, must somehow ignore all the statements He made to the contrary.Click To Tweet

Who is Jesus? He wasn’t a scam artist or deluded man. He’s divine.

When we worship Jesus, pray in His name, or put our trust in Him to save us, we’re interacting with God Himself. While the trinity is a mystery—how God can be three persons and yet one God—it is clear in Scripture and from the earliest days of the church teachings that Jesus is in fact divine.

There are also those around us who would say that Jesus is somehow a lesser God—that He was created, for instance. But the incarnation was not the creation of Jesus; it was merely the way He entered humanity. Jesus is fully God and fully man.

Jesus, the Offspring of David: His Humanity

Why does Paul include something as seemingly dry as “the offspring of David” in his description of Jesus? He could’ve chosen a thousand other attributes. But in including it, Paul is asserting Jesus’ humanity.

Throughout the gospels, we see a real man who eats and drinks alongside friends, who gets tired and sleeps, who weeps with emotion, and whose body is pushed beyond its breaking point.

Even outside of the Christian church, many people believe that Jesus was a real man who lived at a specific time in history. In fact, according to a recent study done by Ligonier, more than half of the people in the United States agreed with the statement, “Jesus was a great teacher.”

But still others believe that Jesus was a myth or legend—that there is no historical Jesus. Paul is very clear throughout his writings that Jesus was fully human. He wrote to the Philippians:

[Jesus] emptied himself, by taking the form of a servant, being born in the likeness of men. And being found in human form, he humbled himself by becoming obedient to the point of death, even death on a cross. (Philippians 2:7-8)

Throughout the gospels, we see a real man who eats and drinks alongside friends, who gets tired and sleeps, who weeps with emotion, and whose body is pushed beyond its breaking point.Click To Tweet

But it doesn’t stop there. Thomas was a man who knew Jesus “in human form” well; he followed him around, living in proximity as one of His disciples.

When he heard that Jesus had been resurrected, he responded by saying, “I want to see and touch him. I won’t believe what you’re saying until I do.”

Who can blame him? He’d just seen Jesus put to death days before! But when Thomas was finally able to do just that, it was Jesus’ humanity that at once pointed to His divinity. “My Lord and my God!” he cried out (John 20:28).

Thomas understood that when you face the risen King of the universe and you can touch and see Him in human form, your reaction is to recognize His deity.

Jesus Christ: The Center of Our Faith

John concluded his Gospel with: “but these are written so that you may believe that Jesus is the Christ, the Son of God, and that by believing you may have life in his name” (John 20:31, emphasis added).

Who is Jesus? Jesus is the Christ. Man, God, and Savior.

For in him all the fullness of God was pleased to dwell, and through him to reconcile to himself all things, whether on earth or in heaven, making peace by the blood of his cross. (Colossians 1:19-20, emphasis added)

Paul is telling Timothy to remember all these things. Jesus Christ was born on earth. The Son of God walked around and was crucified, dead and buried. He rose again on the third day, and He ascended into heaven.

Christianity's a crock without a risen Christ.Click To Tweet

The earliest church creeds that we have—the Apostles’ Creed, the Nicene Creed and the Athanasian Creed—taught this same thing. (Download the text of the creeds here, where we’ve bolded the parts that are specifically about Jesus.) They assert Jesus’ divinity, Jesus’ humanity, and Jesus’ bodily resurrection from the dead.

It’s not a myth. It’s not a great story based on a great teacher. It’s our conviction, and we stake our lives on it.

THE BIG IDEA: Remember Jesus Christ—our God and our Savior.

The Word of God: Boundless

Paul writes to Timothy in verse 9 about the gospel of Jesus Christ: “For which I’m suffering, bound with chains as a criminal, but the Word of God is not bound.”

Most of the disciples died horrific deaths for the sake of the gospel. And yet here we are, two thousand years later, writing about Jesus Christ.Click To Tweet

Paul is bound. He’s imprisoned as a criminal because of the gospel. But he tells Timothy it doesn’t matter because the word of God is not bound. The word of God can’t be chained up.

Most of the disciples, along with many of the earliest Christians, were martyred. They died horrific deaths for the sake of the gospel. And yet here we are, two thousand years later, writing about Jesus Christ. The word of God is not bound.

Do you understand enough about who Jesus is to share the word of God with someone else?

Online, there’s a great video of a sermon by a pastor named S.M. Lockridge, who uses different passages in the Bible to describe Jesus. Throughout it, he pauses to repeat, “That’s my King. Do you know Him?”

Remember Jesus Christ—our God and our Savior. Do you know Him?

Let’s keep getting to know Him more and more so that every day we have a better understanding of who He is, what He’s done for us, and how we can share the boundless word of God with others. 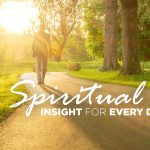 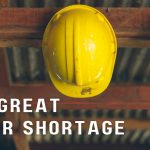 The Great Labor Shortage: Why You're Needed By Younger Men