Christian Persecution: Baked Into the Cake

Right now as you read this, millions of Christians are under threat worldwide. Whether you’re in the United States or elsewhere, should you expect Christian persecution? And how should you proceed if you are persecuted for your faith? 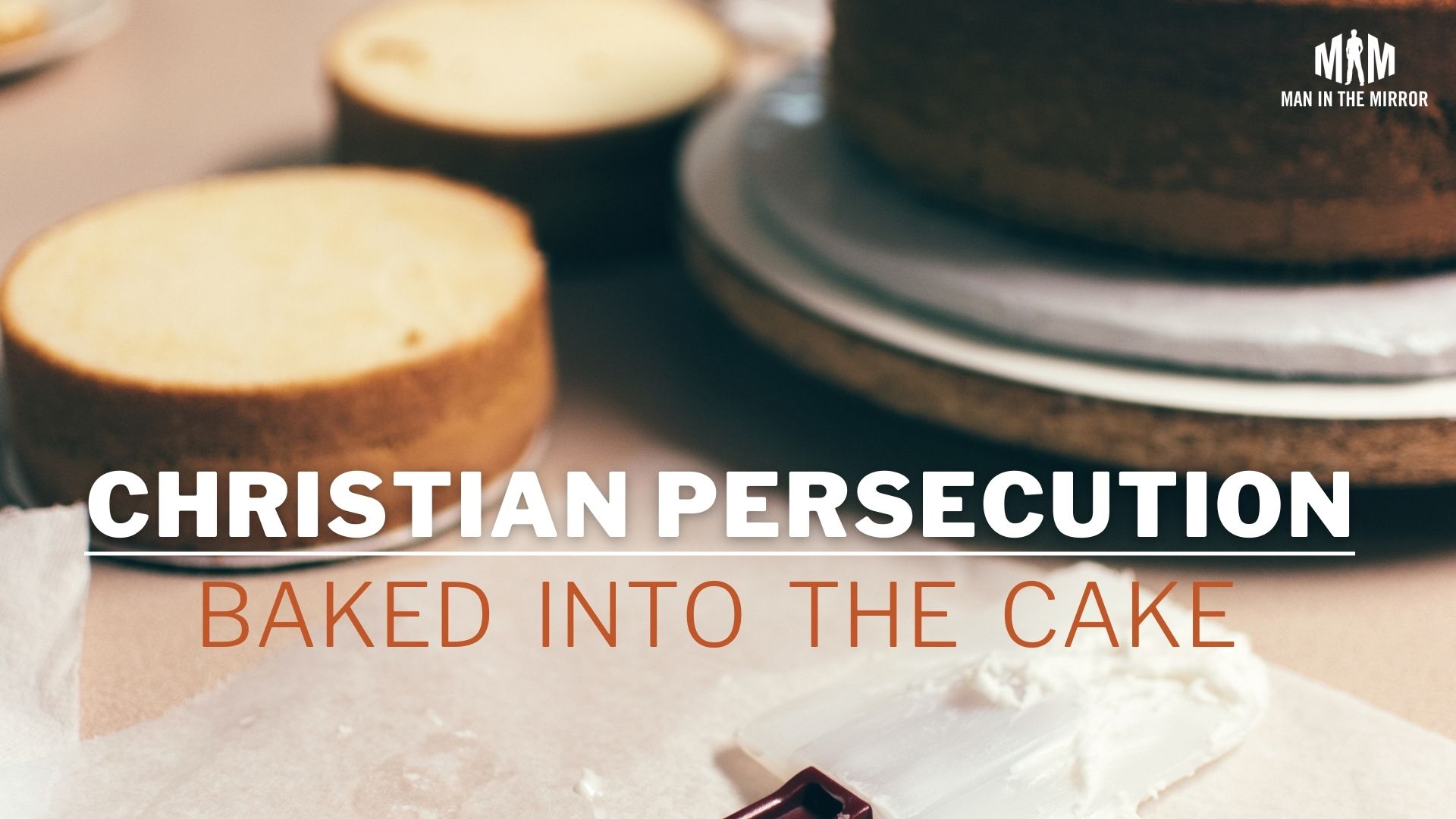 On Paul’s first missionary journey, he met a young man named Timothy, who become a disciple and continued to grow. After years of traveling together to build the church and make disciples, Timothy eventually is leading a church in Ephesus. For the last few months here on the blog, we’ve been exploring the letter Paul sent to him in Ephesus.

In this week’s text from chapter three, Paul wants to give Timothy a proper set of expectations when it comes to persecution—i.e. this is what you can expect if you follow Jesus. He writes:

You, however, have followed my teaching, my conduct, my aim in life, my faith, my patience, my love, my steadfastness, my persecutions and sufferings that happened to me at Antioch, at Iconium, and at Lystra—which persecutions I endured; yet from them all the Lord rescued me. Indeed, all who desire to live a godly life in Christ Jesus will be persecuted, while evil people and impostors will go on from bad to worse, deceiving and being deceived. (2 Timothy 3:10-13)

What Is Christian Persecution?

What is it to be persecuted? And what isn’t it? For example, getting your feelings hurt on Facebook is not Christian persecution.

Open Doors is an organization that collects data about worldwide Christian persecution, and they define it as any hostility experienced as a result of identification with Jesus Christ.

This can take many forms, such as confiscation or destruction of property, incitement of hatred, arrests, imprisonment, beatings, torture, murder, and executions.

It may be a young woman in India who surrenders her life to Jesus and then gets thrown out by her family, a young man who is kidnapped by Boko Haram in Nigeria, or a pastor put under house arrest in China after having his church raided. Essentially, it’s any mistreatment based on one’s Christian belief.

According to the Open Doors report for 2022, 360 million Christians live in nations with high levels of persecution or discrimination. And roughly 6,000 people were killed for their faith.

Due to religious freedoms, we have a unique situation here in the United States. By the grace of God, today you are more likely to be canceled than arrested. You may lose your job, but you’re probably not going to lose your life.

Years ago, the Man in the Mirror Bible study had a group leader in the Orlando area named Eddie, who was working for a sales company. His boss told him to fraudulently alter an invoice for a customer, and Eddie refused to do it. He explained that he couldn’t and wouldn’t because of his faith. The boss responded by firing him.

This is the kind of persecution we are more apt to face in the United States. But that’s not to say it’s not still difficult. It is!

We should remain aware though—prayerfully—that 1 out of 7 of our Christian brothers and sisters worldwide is under some kind of extreme persecution.

And that is the level of persecution that Paul and many of the early Christians faced at the time Paul was writing this letter.

So what happened to Paul? He references the persecutions he underwent in Antioch, Iconium, and Lystra. According to the scriptures, these are the things that took place there:

1 out of 7 of our Christian brothers and sisters worldwide is under some kind of extreme persecution.Click To Tweet

It then reached a climax, as described in Acts 14:19: “But Jews came from Antioch and Iconium, and having persuaded the crowds, they stoned Paul and dragged him out of the city, supposing that he was dead.”

Those who opposed him won a crowd over to do what they’d wanted to do all along—silence him for good. Paul was stoned and left for dead. Extreme Christian persecution.

Now, this should not be read as normative; not every Christian suffering from persecution is rescued. Take Hebrews 11, for example—a hall of heroes of our faith. Some of them received great rewards, but many of them got sawed in half or stoned and didn’t receive their reward in this life.

So while Paul isn’t saying it’s normative, he wants Timothy to know that although he had been enduring it all, the Lord rescued him.

It reminds me of the story of Daniel’s associates: Shadrach, Meshach, and Abednego. King Nebuchadnezzar threatens to throw them into the furnace if they refuse to bow down and worship the statue he built.

Here’s how they answered him:

“O Nebuchadnezzar, we have no need to answer you in this matter. If this be so, our God whom we serve is able to deliver us from the burning fiery furnace, and he will deliver us out of your hand, O king. But if not, be it known to you, O king, that we will not serve your gods or worship the golden image that you have set up.” (Daniel 3:16b-18)

All three men were thrown into the blazing furnace. But God did, indeed, deliver them. They were rescued, just as Paul was rescued.

There are many other faithful followers of Christ who, for whatever reason, are not rescued. They give their whole lives for it, and we can be sure that they receive their rewards eternally. If delivery in this life, however, isn’t normative, then where do we go for comfort?

We find the answer in the men’s response to the king. Our God will deliver us, but even if he does not, we want you to know that we are not going to worship your gods. Incredible. Their unwavering assurance that God is trustworthy and good comforted and strengthened them.

Paul then gives Timothy a guarantee of sorts: “Indeed, all who desire to live a godly life in Christ Jesus will be persecuted” (2 Timothy 3:12).

Should you expect to be persecuted? Should I? Yes, according to the scriptures.

We will be persecuted because everyone who wants to live a godly life will be. It’s just part of the deal and it always has been.

THE BIG IDEA: Christian persecution is baked into the cake, but God is trustworthy and good.

He is trustworthy and purposeful. We can believe His promises; we can be assured of His goodness; we can rely on His mercy and grace. Even when—not if—it gets hard.

After Paul was stoned and left for dead, it’s astonishing what he did next.

But when the disciples gathered about him, he rose up and entered the city, and on the next day he went on with Barnabas to Derbe. When they had preached the gospel to that city and had made many disciples, they returned to Lystra and to Iconium and to Antioch, strengthening the souls of the disciples, encouraging them to continue in the faith, and saying that through many tribulations we must enter the kingdom of God.

The NIV translates that last verse as: “We must go through many hardships to enter the kingdom of God.” There’s the guarantee again.

We see it in Peter’s writing as well:

Beloved, do not be surprised at the fiery trial when it comes upon you to test you, as though something strange were happening to you. But rejoice insofar as you share Christ’s sufferings, that you may also rejoice and be glad when his glory is revealed. (1 Peter 4:12-13)

Do not be surprised at the fiery trail when it comes upon you. Baked into the cake.

So what was Paul’s response to persecution? What should our response be?

He got up, dusted himself off, and went to the next place. Even though he faced opposition wherever he went, he kept going. He was committed to his mission of raising up other believers into maturity. And as a result, the number of disciples grew.

When it comes to the Christian faith, persecution leads to proliferation.Click To Tweet

You see, persecution leads to proliferation when it comes to the Christian faith. It’s always been that way. The gospel penetrates even the darkest circumstances.

Brothers, persecution is baked into the cake. But you can trust God. He’s good.

“Therefore let those who suffer according to God’s will entrust their souls to a faithful Creator while doing good” (1 Peter 4:19). 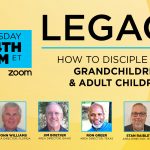 Legacy: How to Disciple Your Grandchildren and Adult Children
All Posts